Download all the mods here.  Tutorial on how to install here. 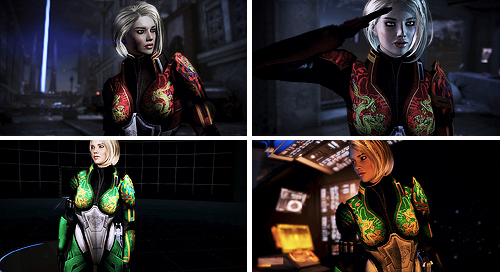 This mod is based on Tela Vasir’s Spectre armor from Mass Effect 2 but can be used to mod Mass Effect 3.  The download file comes with four different color models (Red – pictured, Green – pictured, Teal, Brown), as well as an editable .PSD file if you want to customize the color scheme.  The mod requires you to use ME3Explorer to install (tutorial coming soon!). 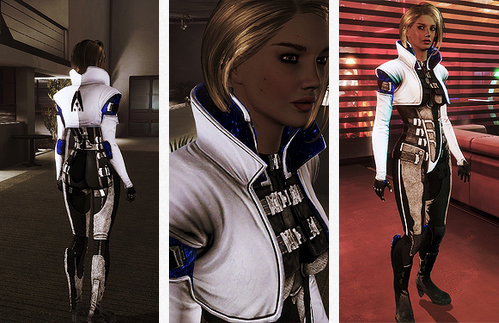 This mod is a take on Aria’s uniform.  Comes in regular blue and sparkly blue versions, with and without the Alliance logo on the back.  The mod requires you to use ME3Explorer to install. 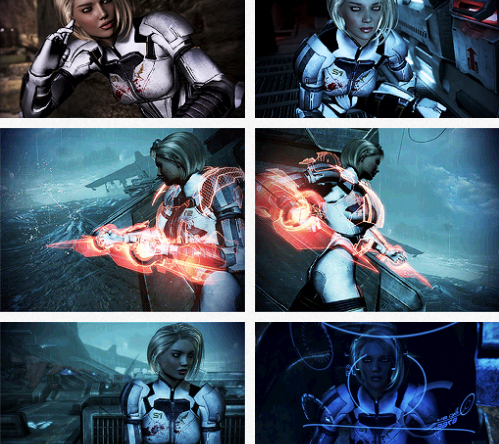 This is based on Ashley’s armor.  It’s mostly white with some black and a distinctive blood splatter across the chest.  Wear the blood of your enemies with this mod :)   The mod requires you to use ME3Explorer to install. 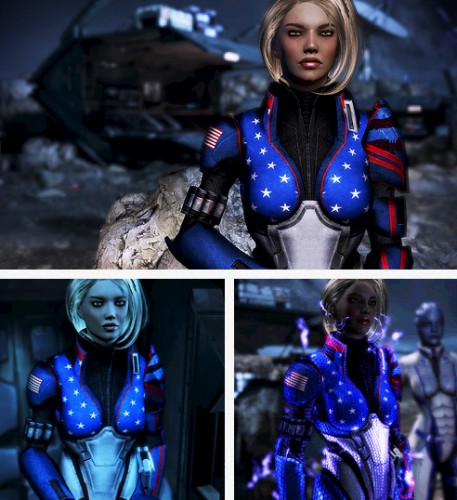 The armor mod you never even realized you needed.  It looks awesome if you’re playing as a biotic.  Requires ME3 Explorer to install. 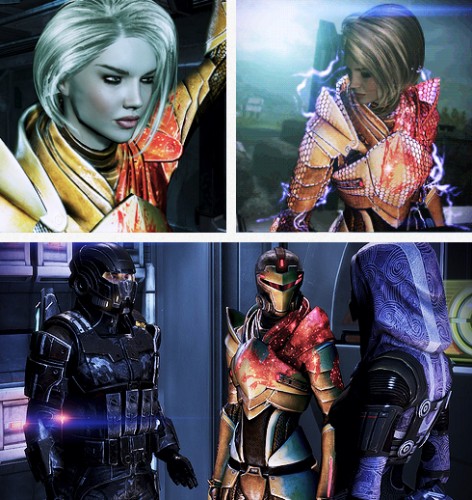 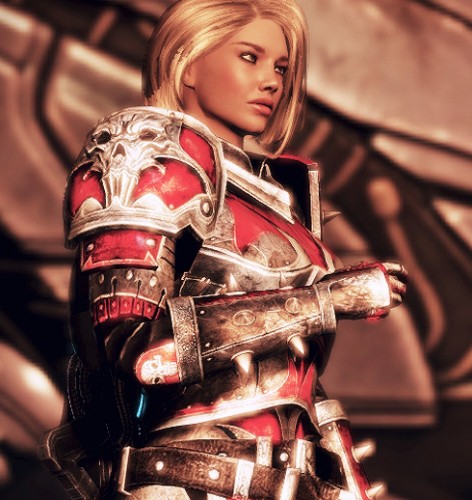 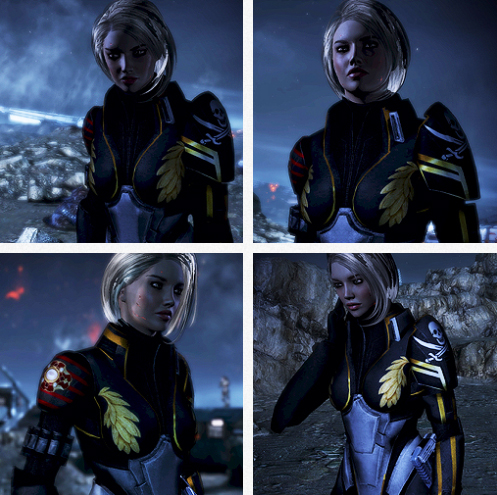 Feel like being a space pirate?  This armor is for you.  Comes with cool gold shiny details and a badass skull and crossbones.  I tried to add a parrot on the shoulder but alas no luck :)  Need ME3 Explorer to install. 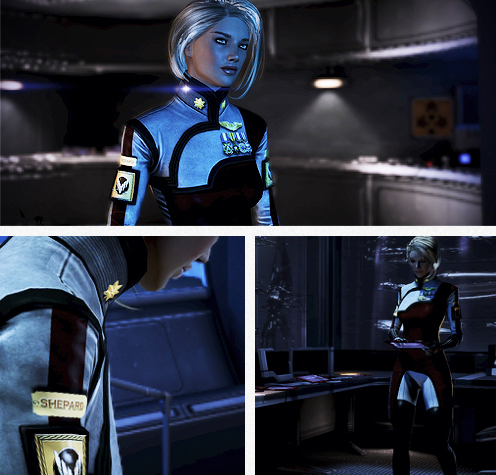 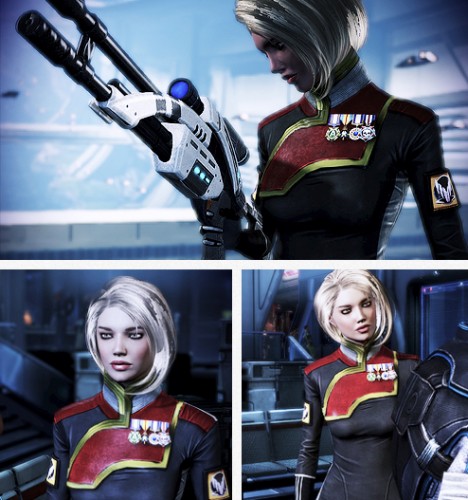 A less blinged out version of the previous flight suit.  Simple Texmod (.tpf) replacement for the green scientist uniform (must be added via coalesced). 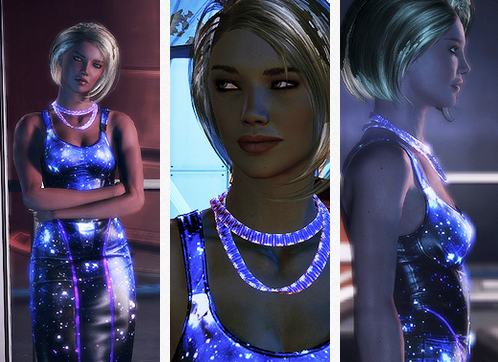 Tired of wearing a fancy black trashbag to your black tie events?  Here’s a galactic version that will make your Femshep look like a super sexy space fashionista.  Simple Texmod (.tpf) replacement for the black dress. 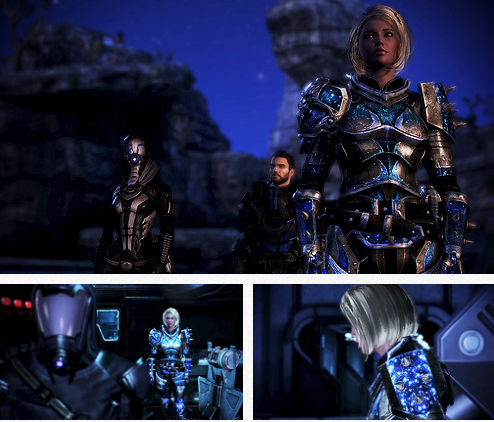 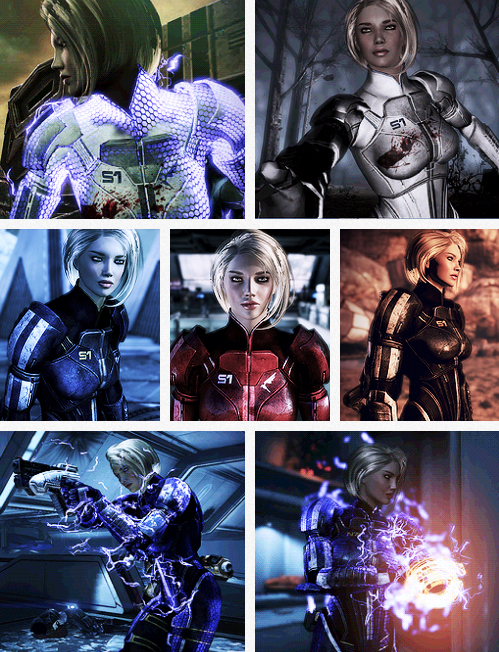 Let’s face is, Ash has some hot armor.  I made a bunch of different colors to suit your needs.  Requires ME3 Explorer. 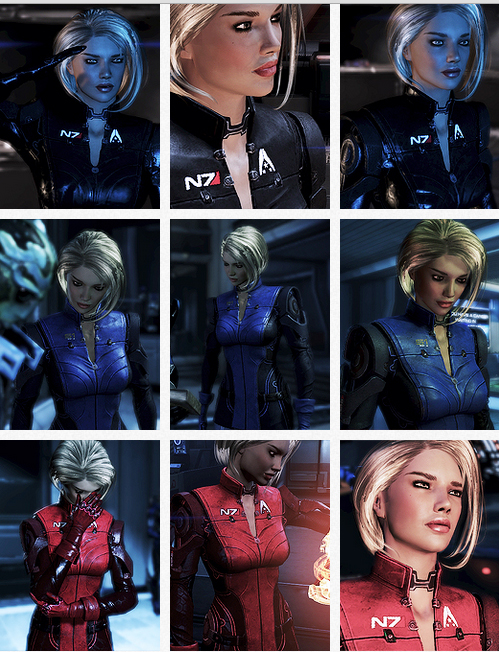 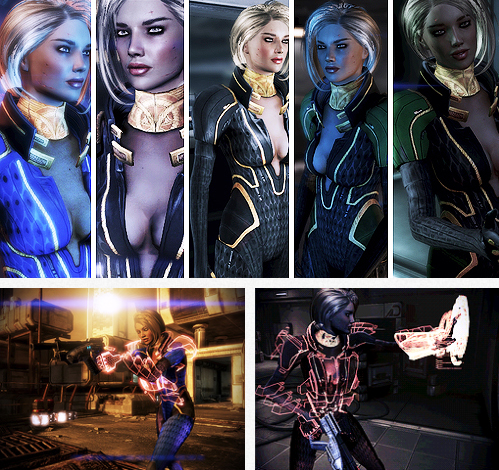 Sometimes, you just want to fight Reapers with your boobs out.  Comes in black, blue, emerald, and original formula red.  Requires ME3 Explorer. 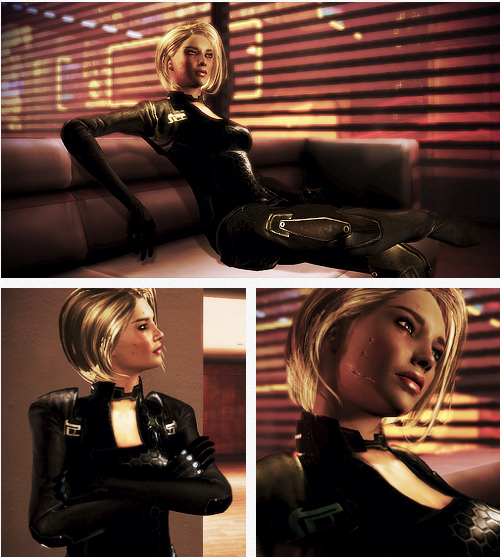 Channel your inner space diva with the black version of Miranda’s white outfit.  Requires ME3 Explorer. 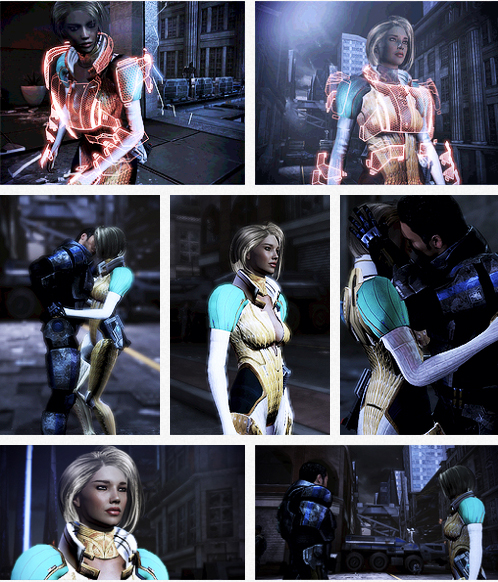 16.  Shepard, Queen of the Nile Armor

What could be better than some gold armor with turquoise accents when you want to unleash your inner Cleopatra?  Requires ME3 Explorer. 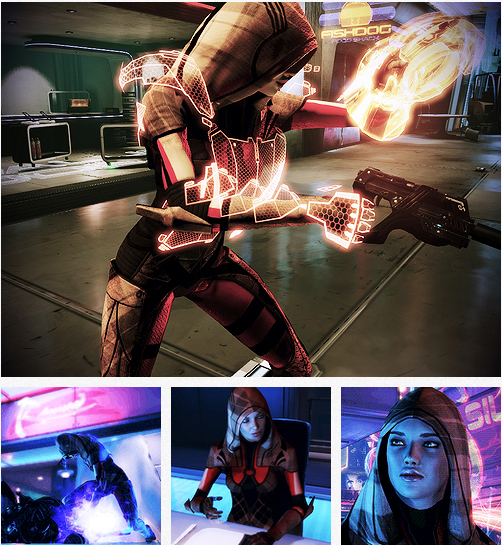 Be bad in plaid.  Requires ME3 Explorer. 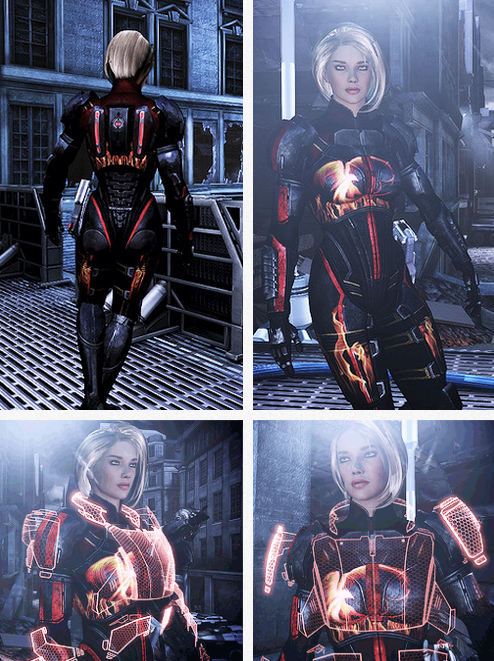 Rise from the ashes with this armor mod.  Requires ME3 Explorer. 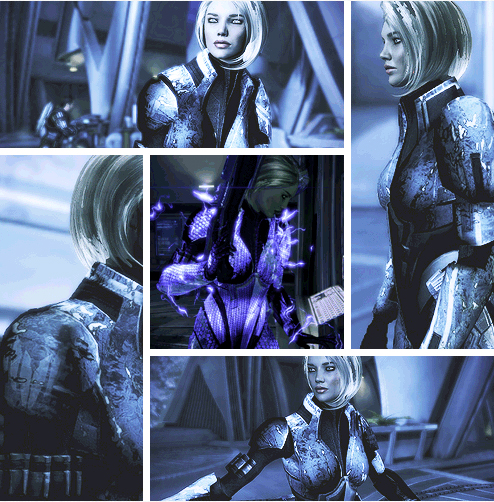 Give the cold shoulder with this armor mod.  Requires ME3 Explorer. 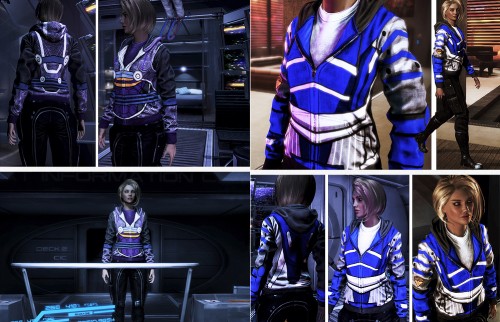 Be creepy and wear Garrus’/Tali’s skin. :) 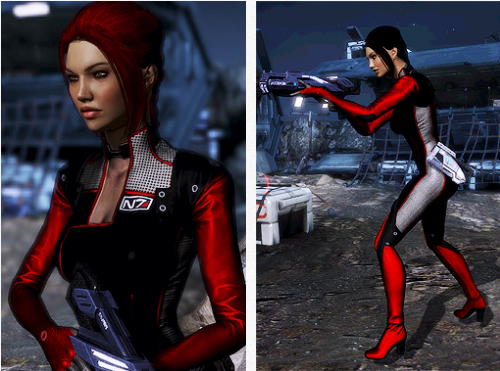 Wear an awesome version of EDI’s outfit as Shepard … comes in N7 red and Badass Black (black not pictured).  Also replaces EDI’s giant clown tits with more proportionate boobies.  The .rar file includes two meshes (.upk) – one to replace EDI’s body with the proportionate boobs mesh and one to replace Shepard’s body with EDI’s proportionate boob mesh (labeled “Neck Fix” because Shep’s neck is bigger than EDI’s).  *Update* Due to popular demand, I uploaded a version of EDI’s armor for Shepard that has the original giant clown tits :) 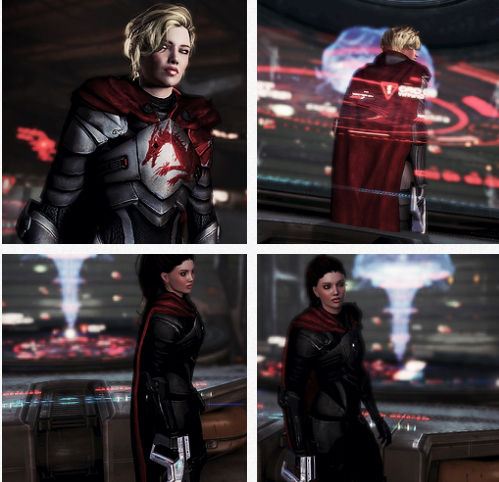 Ripped a cape from Skyrim and ported it to the Blood Dragon armor.  Looks badass in-game.  Comes with silver/red texture and black texture (with glittery black dragon).