Fallout 4 isn’t supposed to be a horror game but sometimes I felt like I was Silent Hill-ing all over the place as I was roaming through the Commonwealth. I mean, seriously, why are there so many creepy mannequins everywhere – so many that someone had to go and make a mod to turn them all into flamingoes, THAT’S HOW CREEPY THEY ARE. Ugh. Anyway, I compiled a list of all the horrific things that made my heart jump in Fallout 4 – no main quest spoilers ahead, but maybe stop reading if you want to experience the pleasure of dying from a thousand small heart attacks.

1. The fucking monkey with cymbals.

The first time I saw one of these and it started with its glowing eyes and clapping cymbals, I almost pooed my pants. Even worse, when I found a whole bed full of these little fuckers.

So there you are, just innocently walking around when OH FUCK. This guy. This video isn’t me (as if you couldn’t tell by the man’s voice haha) … I don’t have a vid of when I ran into the swan lake super mutant but my reaction was almost identical to this guy’s. 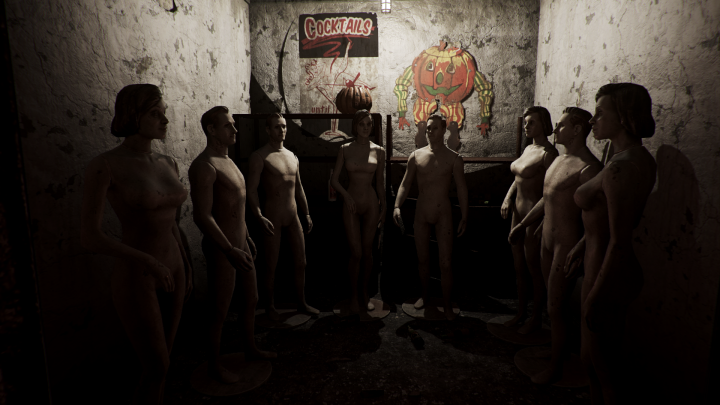 I can’t tell you how many times I rounded a corner and started shooting because I thought a mannequin was a bad guy. Even creepier than how the mannequins are positioned all over the Commonwealth is WHO ARRANGED THEM LIKE THAT?! WHOOOOOO?

4. The fucking parking lot across from Milton Hospital.

This is some sick maze straight out of the movie Saw. Do not like. Also, it’s not marked on the map, so you kind of walk into this door with arrows pointing at it like “oh yeah, this is going to be a small room with some treasure at the end” … and instead it turns into a labyrinth of severed body parts and ends with a “prize” that involves potentially blowing up an animal. You’ll see. 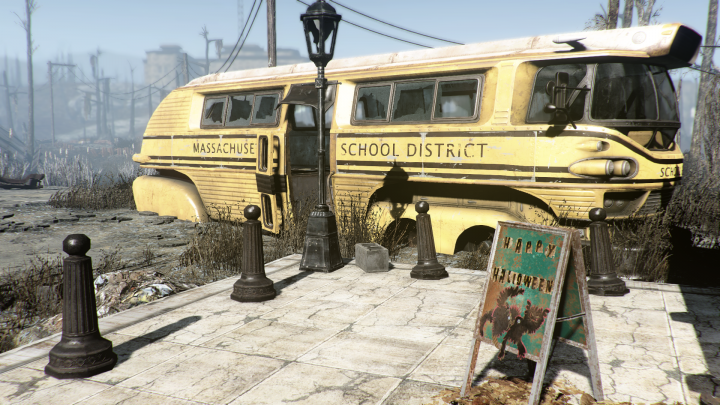 So, the Suffolk County Charter School is filled with this stuff. The story implies that the pink food paste turned the teachers and students into pink ghouls, and there isn’t any lore that they were eating anything super nefarious other than, you know, poison … but Soylent Green is made of people. That’s all I could think the whole time.

6. The fucking radroach crawling out of corpses.

*shudder* If you are lucky enough to encounter a corpse that’s kind of wiggling around … run. Also, is it just me, or are radroaches weirdly OP in Fallout 4? I feel like they are way harder to kill than in previous games! 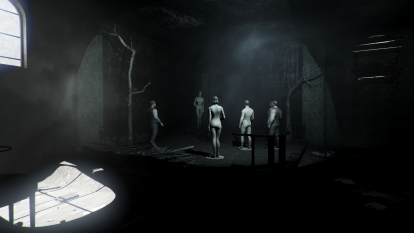 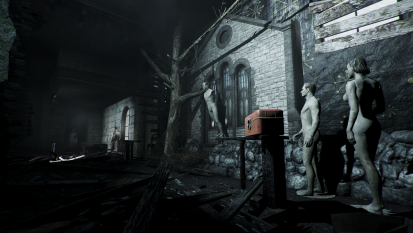 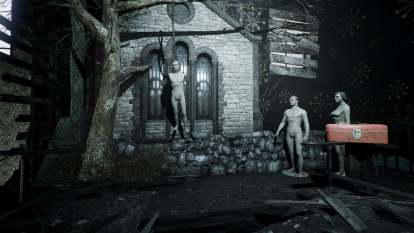 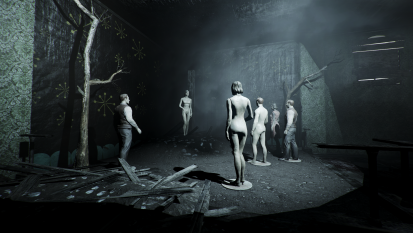 7. The fucking Museum of Salem.

As soon as I picked up the holotape from the dead body outside the Museum of Salem and played it, I knew I didn’t want to go inside. Of course, I had to. This whole building is a big bucket of NOPE.

8. The first time I ever encountered a fucking Mirelurk Queen

Shockingly, it wasn’t at the Castle – it was in the basement of the state house, which is infinitely more jarring. You would think I would have learned my lesson to avoid small bodies of water from the whole swan incident but nope. 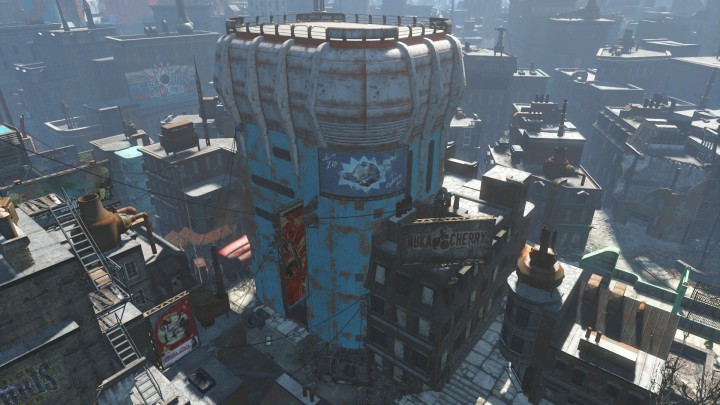 9. The fucking time I rang the bell at the front desk of Vault-Tec HQ

Ok, I know, it’s the apocalypse, you probably shouldn’t go around ringing bells and making noise. Who knew that it would raise all the undead ghouls in the building and send them rushing toward me?! Ok, I should have known. Whatever. 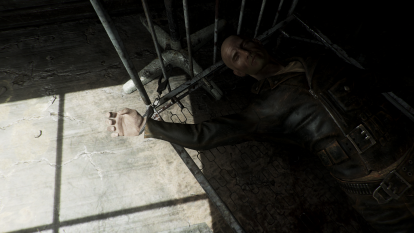 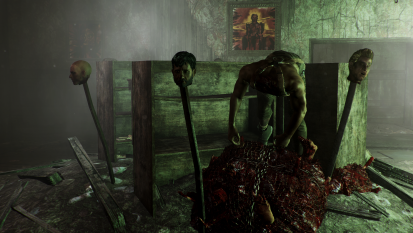 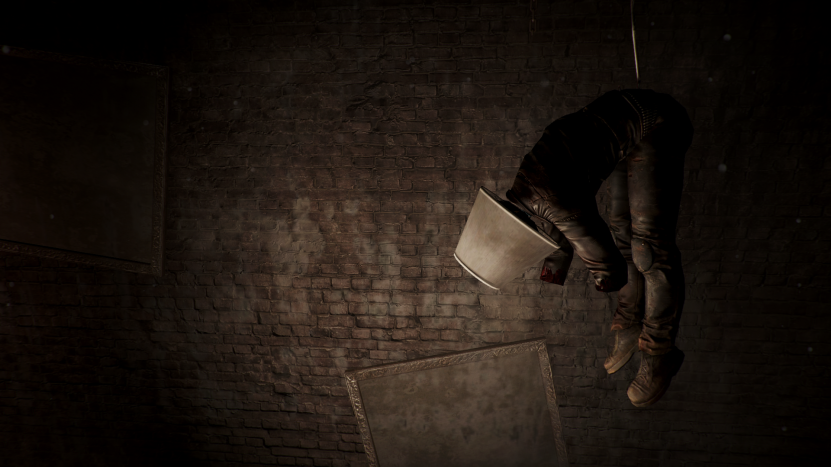 I kind of love/hate this building because 1) fuck raiders, they suck but 2) there sure are a lot of disturbing dead bodies art installations around here. There weren’t too many jump-out-at-you scares here but the whole thing gave me the creeps. 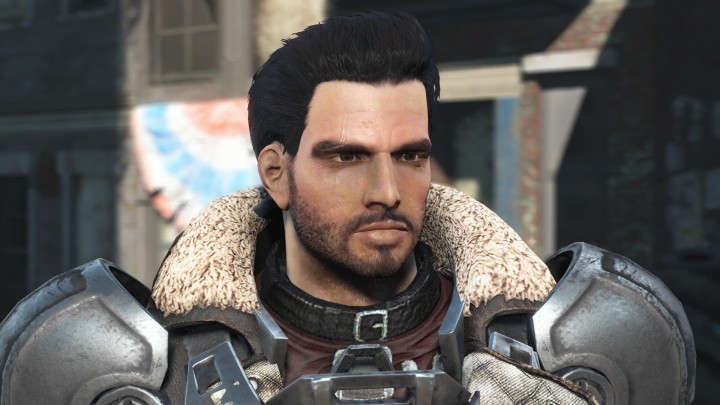 Ok, I was legitimately like WTF IS EVEN HAPPENING. Not gonna spoil it for those of you who haven’t finished it, but GODDAMMIT.

Welp, that was my list, are you totally underwhelmed? Are you asking yourself why I’m such an easily spooked crybaby? Good, my job here is done. See you next time!

Got any other creepy places to recommend? Let me know in comments!