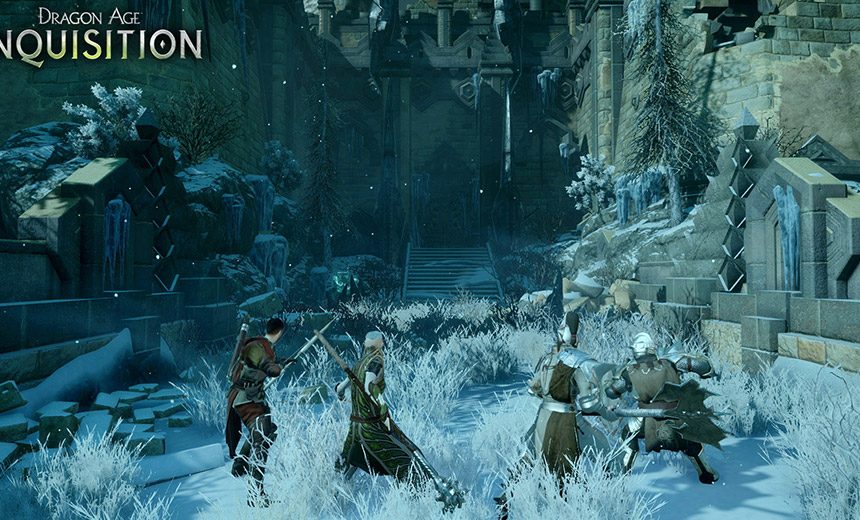 I finally found some time to get into the Dragon Age: Inquisition multiplayer (more on that later), and I have to do this post before Bioware nerfs the hell out of my favorite class, the Elementalist.  IMHO, The Elementalist is the best class to play with on Threatening or Perilous mode.  It’s great for crowd control and does a significant amount of damage and self-healing, which means that it will probably get taken down a notch when the next DA:I patch comes out … so you better play it while you can!

Here’s my guide on how to spec out your Elementalist and maximize his potential (scroll down for pictures instead of video):

Elementalist starts with Immolate and Winter’s Grasp at Level 1.  It’s not a bad setup on Routine – Winter’s Grasp comes in especially handy when baddies get too close.  Just freeze them solid! 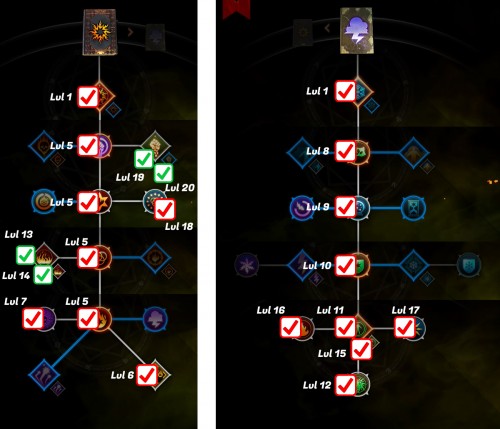 I always start spec-ing out my Elementalist to get to Firestorm as quickly as possible (Level 6 is the earliest you can get it).  Firestorm is one of the best powers in multiplayer and is great for crowd control – it does a decent amount of damage but most importantly, it knocks down all the little mooks in its ring of death.

The next power you want to spec out after Firestorm is Death Siphon.  This is crucial to your survival because it restores your health every time an enemy is killed.  You don’t even have to score the kill yourself or be near a downed enemy – sometimes I go run for treasure chests that are all the way across the map from where the enemies are dying and my health still goes up.

Now the rest of the powers you can spec out in whatever order you want.  I like to build up to Barrier and then get more offensive powers.

At this point, you should have Firestorm and Barrier in two out of your four open power spots.  What you want to do with the two power spots that are left is up to you, but here’s what I recommend – Wall of Fire and Stonefist.

Wall of Fire does great crowd control, burning and panicking any enemy that runs through it.  It doesn’t do a ton of damage but every time the enemy runs into the fire, they get re-damaged, so it can really add up.  Some people take Fire Mine instead but I recommend against doing this – though the 1600% damage might look good, the Fire Mine only affects one enemy and more often than not, enemies don’t even step on it unless it’s placed perfectly.  In the heat of battle (especially on Perilous), who has time to lay mines perfectly?

Stormfist is great because it knocks enemies down, giving you the same amount of breathing room as Winter’s Grasp’s freeze would give you – except with 500% damage instead of 200% damage.  That being said, Winter’s Grasp can freeze bosses like the Venatori Commander and the Arcane Horror – so if that’s important to you, go with Winter’s Grasp.  Just don’t spec out Immolate – it is pretty useless on higher levels.

Lastly, you want to spec out your Defiant passive power that adds +5 magic and +4 cunning.  There, now you have the best Elementalist in your arsenal!

Do you like this Elementalist build?  Let me know in comments!