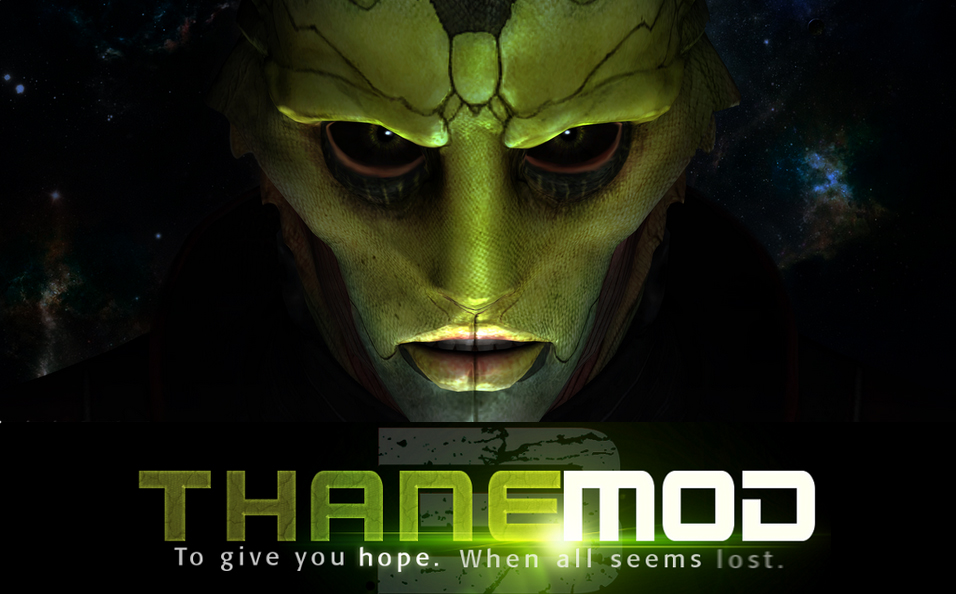 I know I’m not the only one who felt like I got cheated when Thane was Thane-kebab-ed in Mass Effect 3 … Well, a bunch of talented modders got together and created this EPIC fan mod that gives Thane the storyline he deserves!

From the Thane Mod site:

At its core, ThaneMOD is a series of changes (improvements, in our opinion) to the handling of Thane Krios’ character in Mass Effect 3. The primary intent of the mod is to give players the option to prevent Thane from engaging Kai Leng in the Priority: Citadel II mission (aka, “The Coup”). This prevents his death, allowing him to “live” through the end of the game. There are four other optional modules included, but that is the core purpose of the mod.

In addition, players who are looking for a happier ending regarding Thane’s illness, will be pleased to learn that option has been provided. And, players seeking a more complete romance with Thane for their Shepard, will be excited to find out we’ve included that, as well.

No matter the reason why a player decides to use ThaneMOD, they will not only now have the opportunity to choose an alternate fate for this character, but have the option to experience a more satisfying conclusion.

[Spoiler Alert!] Seriously, how amazing does this mod sound?  Having romanced Thane during ME2, I was obviously really curious to try this mod.  Overall, I’d give it a 9/10.  The continuity is almost flawless – the creators paid attention to every detail of the storyline (new and old).  However, while you can make out with Thane over and over again in the Huerta Memorial scene, DON’T install this mod expecting a steamy romance scene a la Kaidan x Shepard, sigh.  If that’s what you’re looking for, just watch this amazing clip on Youtube instead:

For the ultimate happy Thane storyline, I’d pair the ThaneMOD with MEHEM (Mass Effect Happy Ending Mod) … that way, Thane lives all the way through the end and Shepard is reunited with him on the Normandy.  Yes, these mods are compatible!

You all know my penchant for any mods that make the Mass Effect experience feel brand new again, so this one is definitely one to install if you feel the same way. 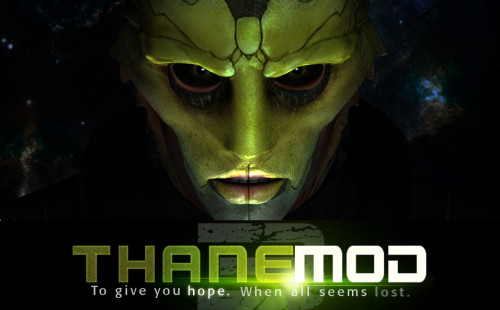 Oh, and if Thane isn’t your cup of tea, read my 21 Mods to Make Mass Effect Seem Brand New blog post and find a mod that suits you.  And don’t forget to thank all the modders out there, keeping the greatest space opera video game franchise ever made alive!

What are your thoughts about ThaneMOD?  Let me know in the comments!