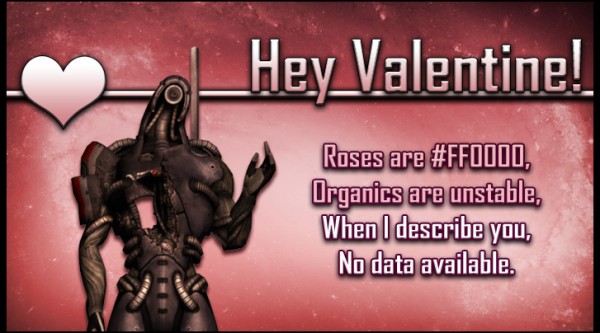 In honor of Valentine’s Day, I thought I’d write a post about Bioware (the number one life ruiner in the universe – that’s a compliment, btw). One of the best things about Bioware games IMHO is the character development and more importantly, relationship development as you “romance” characters in the games. So, thanks, Bioware, for being the best Valentine a girl could ask for!

Rule #10. Give people gifts to make them love you. 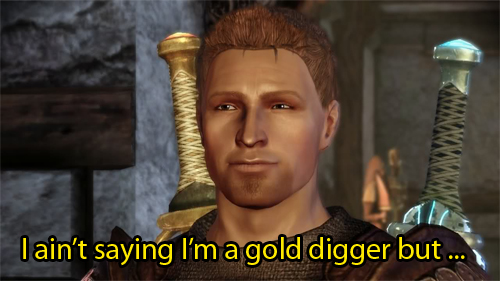 Oh, hey Alistair, did you like that Onyx Demon Statue I got for you?  Can we bang yet?  No?  How about if I give you this Stone Dragon Statuette?  How about now?  Well, what if I also give you this White Runestone?

Rule #9. If you’re nice to someone, you’re obligated to love them forever and ever, exclusively. 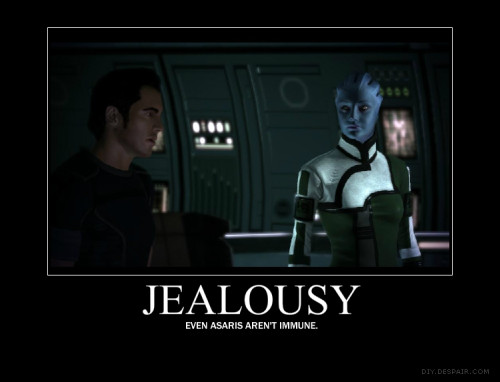 So you’re exploring the Normandy, trying to get to know your crew members … you’re trying to be nice to everyone, choosing all the paragon dialogue options.  All of a sudden, Kaidan starts to hit on you!  So you awkwardly shrug it off, still choosing the paragon dialogue option because hey, no need to hurt anyone’s feelings.  Before you realize what’s happening, you’re locked into a romance that you can’t get out of with Kaidan (who has incidentally misread all your niceness as “I want to marry you”), even when that cute blue alien comes aboard and you decide you want to pursue (read: bang) her!

Rule #8. You can turn someone gay or straight. 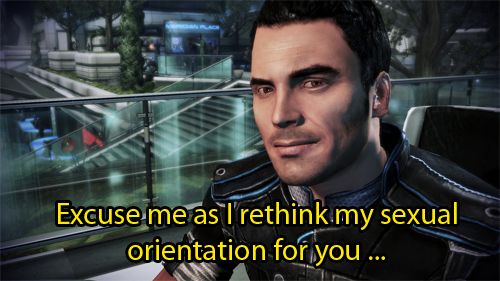 You know that straight friend you have that you think is super hot?  But you know, they’re super straight?  Well, if you spend enough time with them, you’ll turn them super gay.  And then you guys can bang.  The end.

Rule #7. Agree with everything your love interest says, or else they won’t love you anymore. 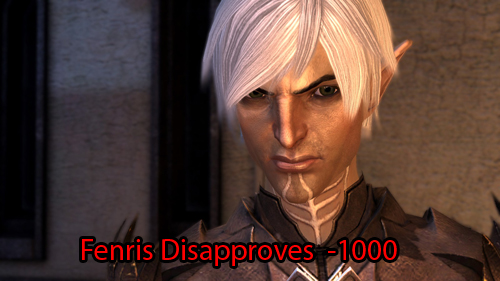 Yes, I totally agree with your irrational hatred toward mages.  I fully support your urges to kill every single one of them – man, woman, and child.  Feel free to rip their hearts out through their chest and stomp on their still beating organs.  Please love me.

What are you, Garrus?  A dinosaur?  Some sort of sexy velociraptor slash bird lizard hybrid?  I don’t even know.  But somehow after playing Mass Effect, my sexual orientation changed to “alien.”  Thanks, Bioware.

Rule #5. Sleeping with co-workers is a great idea.

So, in real life, I try to abide by the “don’t shit where you eat” policy … but hell, when your fictional crewmates are this hot, military discipline and fraternization policy be damned! 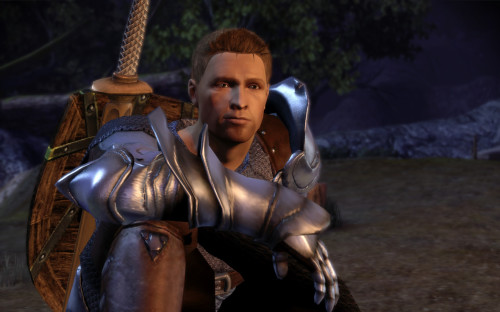 Look at this little adorkable shit.  Don’t you think he’s the cutest thing ever?  And the fact that you’re going to take his virginity is so romantic right?  But in real life, the idea of hooking up with a virgin is about as appealing as a rug burn (Sorry, dudes, I’m a woman in my late 20’s!  Can’t be messing with amateurs!). 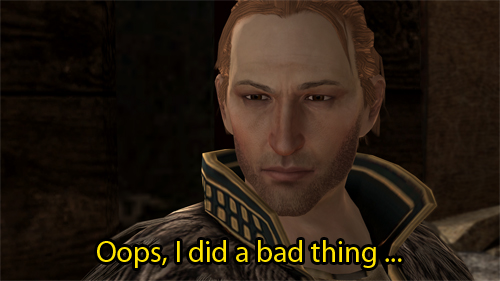 Really, Anders?  Blowing up the chantry?  Mass murder of innocent human beings?  But you’re cute, so I’ll keep you around to bang.  Totally ok. 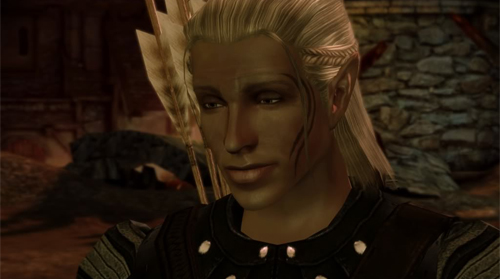 Rule #1. Everyone wants you. Everyone. 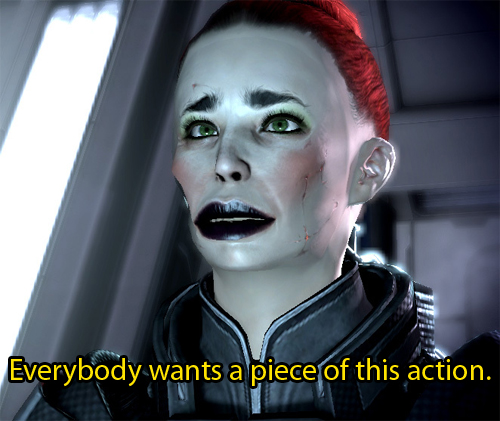 If there’s anything you learn about love in Bioware games, it’s that you can be the most hideous looking Shepard/Hawke and everyone will still fall in love with you and act like you’re the most beautiful creature that ever graced the galaxy.  Actually, on second thought, maybe this lesson in love isn’t so terrible :)

So, how has Bioware ruined relationships for you for life?  Let me know in comments!