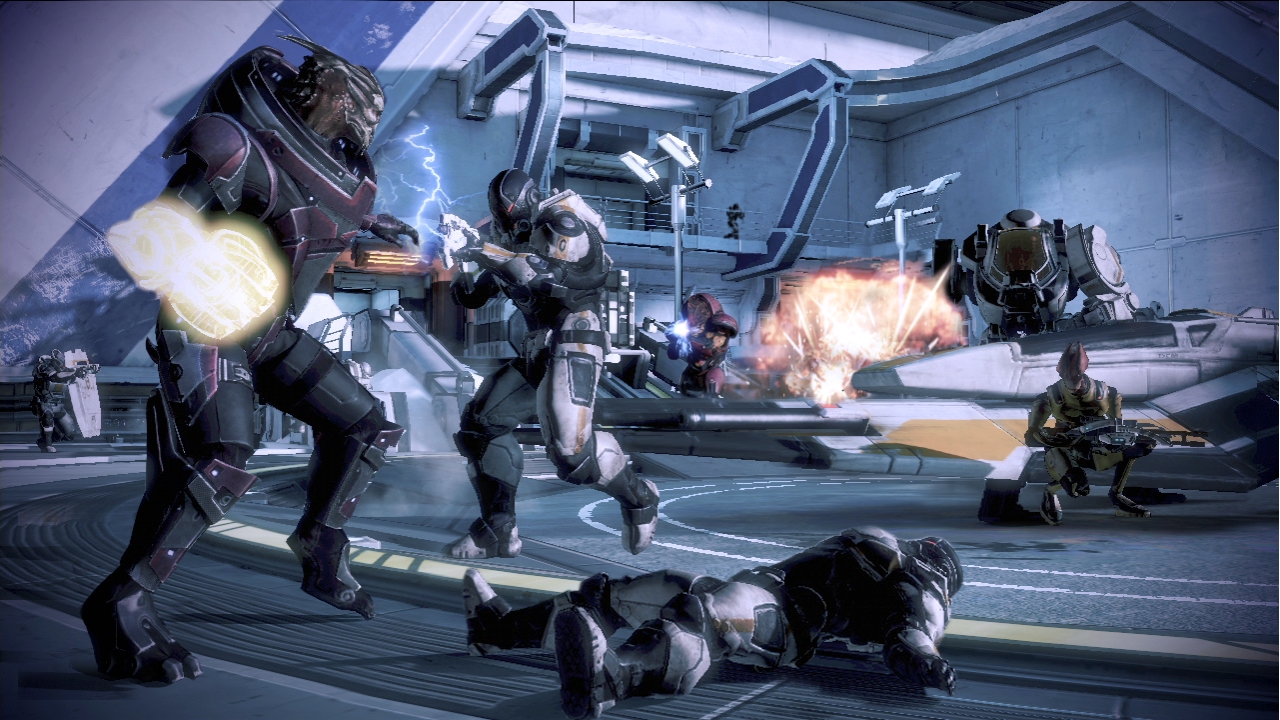 I know score doesn’t matter on Mass Effect multiplayer, but sometimes you just want the satisfaction of seeing your name up at the top of the screen, don’t pretend like you don’t!  So, here’s my guide on how to get the highest score (without stealing kills or cheating or acting like an asshole): 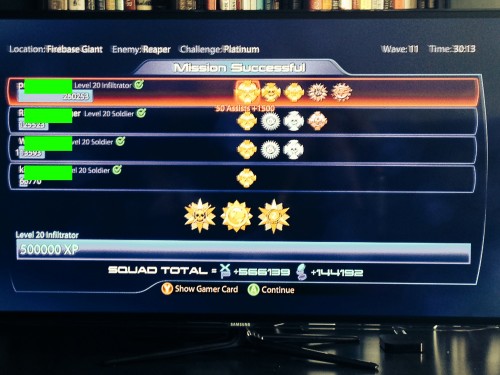 As you can see in the photo above, you can score high without your teammates scoring low.  I think anything over 100k in a single match is a decent score and 3/4 people in the above match scored well above that threshold while the top scorer (spoiler alert, it’s me, ha!  Drell Assassin FTW) has over 260k.  In general, the better your entire team is together, the higher you will all score.

Or do steal kills, whatever.  It doesn’t matter.  Your points are calculated based on your points of damage inflicted, not how many enemies you kill.  The important thing that most people don’t take into account is priming tech/biotic explosions.  If you are the primer, you get the points for the kill/explosive damage.  That means even if you don’t do anything other than hit an enemy with a single Warp, you’ll still get a lot of points.

If you want to be top scorer, don’t play as a supporting role, play as a character who can deal a lot of damage quickly.  You can read my past post on weapon DPS to see how weapons’ base DPS stack up, but keep in mind the bonuses individual characters can achieve with their powers or headshots.  Though you can generally use any character to score over 200k, stay away from the Geth Juggernaut Soldier or the Volus classes if that’s what you’re trying to do.

Here’s my list of combinations/builds that consistently score above 200k in a match (note that some of these builds are glitched to be maxed out – read my post on the 6/6/6/6/6 glitch to do the same): 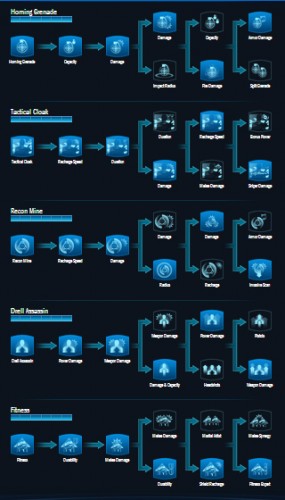 This is one of my favorite classes to play with.  Works best if you equip Disruptor Ammo, Power Efficiency Module, Assault Rifle Amp, and Warfighter Package.  Keep popping your Recon Mine in the middle of the enemies and blowing it up as often as you can.  If you shoot at enemies with Disruptor Ammo equipped, you can detonate a fire explosion by blowing up the Recon Mine or hitting them with the Homing Grenade.  Use your tactical cloak to keep aggro off yourself – the reason I didn’t recommend a sniper rifle to take advantage of the cloak’s weapon damage bonus is that the DPS is higher with the Harrier and shorter power recharge speed of Recon Mine. 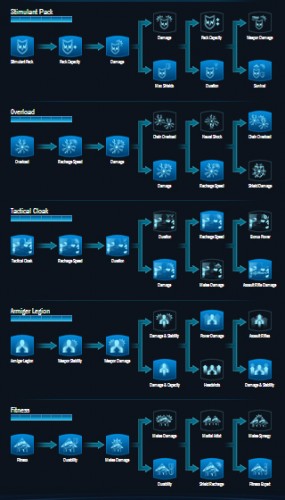 This combination is super OP, it almost gets boring to play with it.  Works best with Incendiary Ammo, Assault Rifle Amp, Power Amp, and Warfighter Package.  The incendiary ammo and your Overload power will cause Fire Explosions while your Cloak gives you a substantial damage bonus on your assault rifle.  I use Stimpaks very often for their assault rifle damage bonus as well, even if my shields are already full. 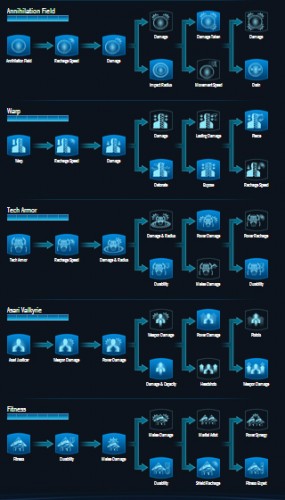 This is my favorite character for small maps like Glacier and Reactor where you’re not getting hit by enemies from all the way across the map.  The best equipment for this is Warp Ammo, Shotgun Rail Amp, Cyclonic Modulator, and Adaptive War Amp.  Always keep Tech Armor and Annihilation Field active.  You’ll want to run up close enough to enemies for your Annihilation Field to take effect, hit them with warp to cause a biotic explosion, and finish them off with your shotgun.  For boss-types, back away a little bit and then run back into range to charge them with Annihilation Field again so that you can warp them again for more explosions.  Trust me, you’ll need the Cyclonic Modulator since you’ll be getting so up close and personal with enemies. 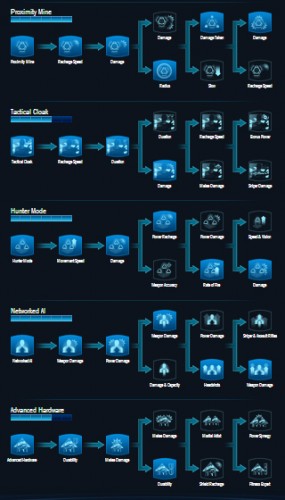 This build is really designed more for the Piranha, but it works decently with a sniper rifle as well.  I like to use Armor Piercing Rounds, Cyclonic Modulator, Sniper Rifle Rail Amp, and Sniper Rifle Amp (gear) on this character (replacing the Sniper Rifle amps with Shotguns if I’m using the Piranha, obviously).  Make sure your Hunter Mode is always on and you’re constantly popping Proximity Mines at the feet of your enemies.  With the Piranha, you can take down an atlas in 1 and a half clips and with the Javelin, you can take one down in 3 well-placed shots. 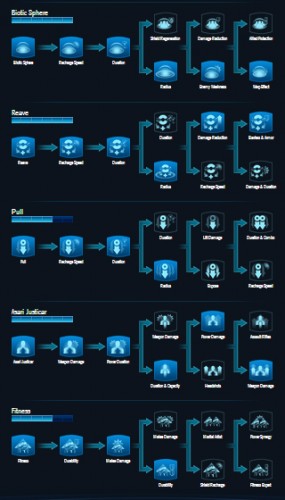 This character is one of the most underrated IMHO.  I like to use Power Amplifier Module, Warp Ammo, Shotgun/Pistol Rail Amp, and Adaptive War Amp.  The reason this character is such a consistently high scorer is that it basically gets credit/points for every biotic/tech explosion it primes.  Just constantly use Reave on enemies or make sure they pass through your bubble and you’ll get points for the resulting explosion that will inevitably happen when one of your teammates hits it with any power.

Got any more tips to score high on Mass Effect Multiplayer?  Let me know in comments!