Rule #1 – Any map is easily farmable with a decent Geth Juggernaut in the party.

Rule #2 – it’s always more fun to run around as a team, but if you’re with randoms, the fact is you’ll probably be camping a lot.  So, these recommendations are assuming you’re camping.  Don’t flame me, nerds.

Rule #3 – if you’re on one of the easy farming maps (Giant, Glacier, White, Rio) and want to spice it up, try Collectors instead of Reapers ;) 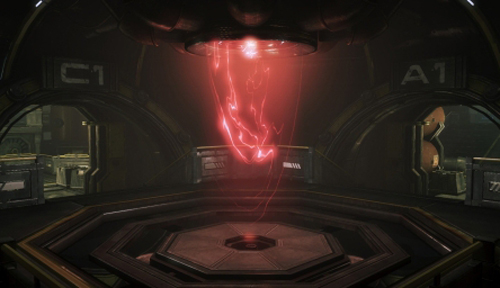 Team:  Any – I’ve beaten this with a random lobby of 4 x Volus Engineers

Strategy:  Camp in the back of the reactor.  You can’t get picked off from all the way across the map and the reactor core gives you a pretty big lead time to do a lot of damage to enemies.

Why it’s more fun:  The added dynamic of the reactor core venting button adds a little spice to the map! 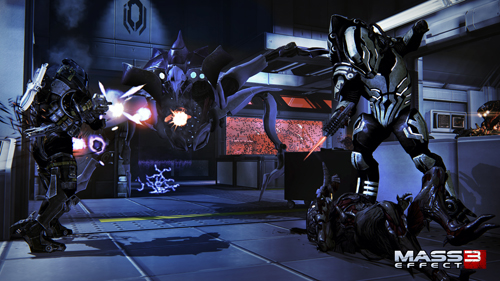 Team:  A mix of Geth Infiltrators with Piranhas, Asari Valkyries with Piranhas or Acolytes, or Turian Ghosts with Lancers/Harriers

Strategy:  Basically chase each spawn of enemies and kill everything very quickly.  Use the ramps frequently when faced with insta-kill enemies – they can’t grab you when you’re on a ramp.

Why it’s more fun:  Speed runs are always fun!  And the nomnomnom electricity field presents an added challenge (and ally, since it damages enemies, too). 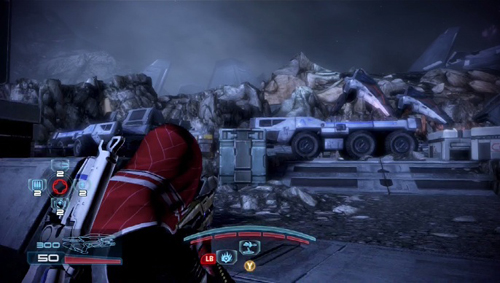 Team:  Any biotic or tech setup, though having a Geth Juggernaut really helps – since ammo is scarce on this map, power spamming and combos are key to success

Strategy:  Stay at the BOTTOM of the map near where you spawn – if you get overrun, you can ditch back into the spawn site and that usually buys you enough time to retake the area.  If you’re at the top of the hill, Geth Primes tend to hit you from all the way across the map – very frustrating.

Why it’s more fun:  Well, when was the last time you played Condor?  Plus, biotic/tech combo-based play is always satisfying. 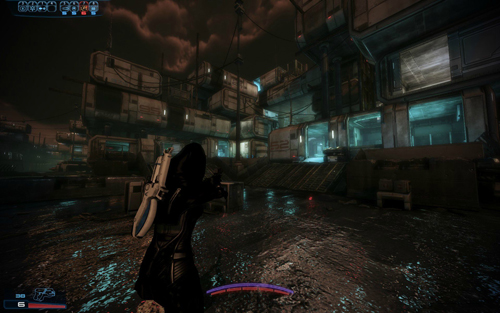 Team:  Any, really, though I find that Drell Assassin Infiltrators with Harriers are particularly fun on this map

Why it’s more fun:  The added challenge of the shield-eating rain is fun, plus it’s real puuuuurdy. 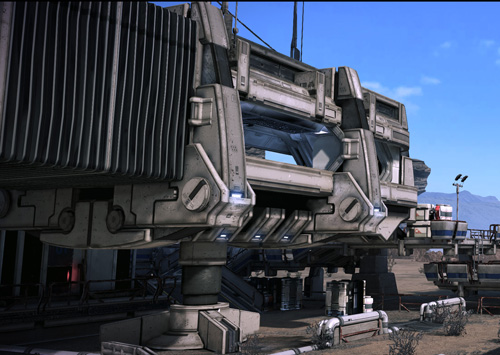 Team: Any.  Sniping is particularly viable on this map – I like the Geth Infiltrator with Javelin because you can literally point down at the ground when you’re in the circular room and kill enemies below you through the floor.

Strategy:  For god’s sake, stay inside unless you wanna get hit by enemies from all the way across the map!  Cover all three entrances and you should have a fairly easy time of it.  The only reason I say the skill required is Medium is because the objectives can be tricky on this map.

Why it’s more fun:  Sniping is fun but less than viable on most maps (and just plain boring on Giant and Rio) … Dagger is a less played alternative

Well, that’s all I got!  Let me know if you have others to add in comments!