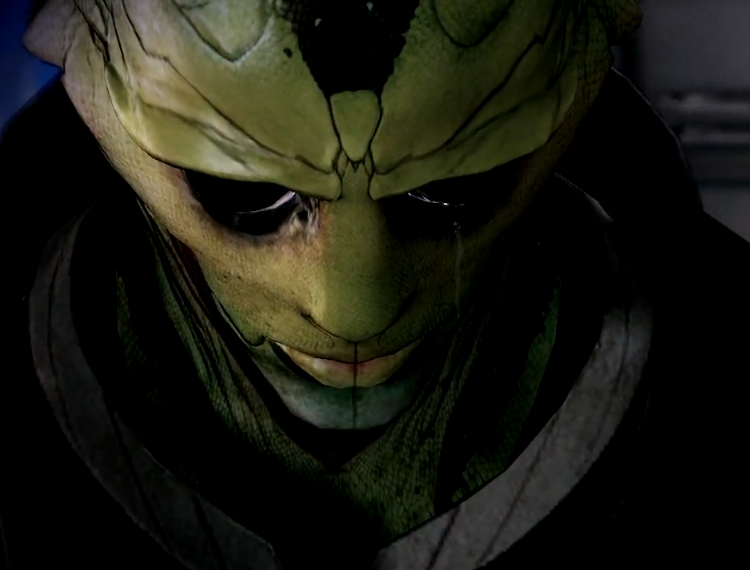 I can’t even count how many times I got choked up during the Mass Effect series, whether from sadness or from happiness.  I agonized over ever decision I made in the games so that I wouldn’t see my favorite characters get cruelly slaughtered before their time.  Let’s all shed a little tear for these ten moments in Mass Effect … 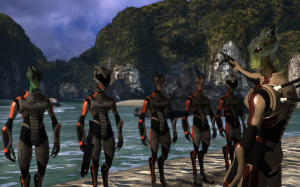 This might be the most famous monologue to come from the entire series.  Besides the whole catchy “hold the line” bit, I think the line that resonates the most is “We would be legends, but the records are sealed.”  How happy was I to see Kirrahe survive through all three games!  You can watch here for the full HD video. 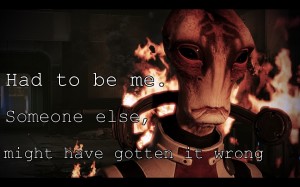 Is there any scene so poignant as Mordin Solus’ death?  He hums a little tune as everything blows up around him, too.  Mordin is one of my favorite characters because there was so much depth to him and he had the best idle banter, from his singing to his desire to retire to the beach and collect (maybe study) seashells.  I think a part of me died with Mordin.  You can watch his death here. 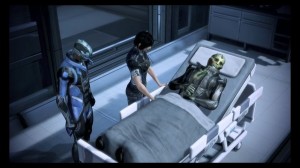 I’ve only experienced Thane’s death as FemShep – it is one of the most heartwrenching moments in ME3 whether you romanced Thane or not.  He says a little prayer before he dies … and it’s not for himself, it’s for Shep.  *tear*  I wish that Thane died when he was stabbed by Kai Leng … having his last moments in a hospital bed seemed like a strange and oddly sad ending for an assassin.  I like that Bioware rectified it a little by having a Thane ghost cameo in the Citadel DLC, though.  Attention to detail!  Watch Thane’s death scene here. 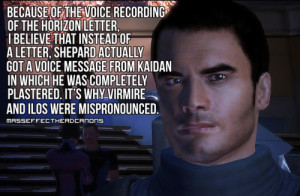 7.  (ME2)  Reuniting with Kaidan/Ashley on Horizon

This gave me the biggest knot in my stomach.  I hated how Kaidan rejected my FemShep when he learned she was working for Cerberus.  I mean, did our one night stand on the Normandy during ME1 mean nothing?!  Anyway, disappointing.  The only thing that made up for it was the letter he sent after our reunion which you can listen to right here, courtesy of Kaidan’s voice actor Raphael Sbarge. 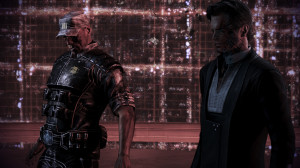 The ending where Admiral Anderson enjoys the view with Shep one last time before he dies is so moving.  Two war heroes, together til the end.  This might have been the only acceptable part of the original ME3 ending for me!  Watch the video here. 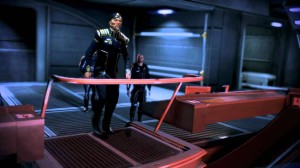 I think my favorite moment of this scene isn’t necessarily the speech itself but the buildup when Hackett boards the Normandy and all the crew stands to attention.  Watch the full clip here. 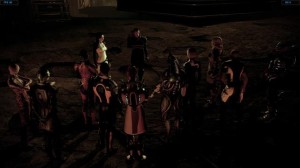 I always take great pains to make sure everyone survives at the end of Mass Effect 2 but you can never really be 100% sure until you actually see the cutscenes of your crew mates surviving the Omega 4 relay and the end of the mission.  I’m pretty sure the first time through, I was holding my breath the whole time.  There was that one time Mordin died even though I did everything right and I just about lost my shit.  Watch the ending where you save everyone here. 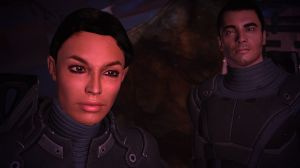 Even though Kaidan is always the obvious choice for me, I still get upset when I lose any crew member (even if it’s Awful Ashley).  One time, I made the mistake of saving Ashley just to see what the full playthrough of ME1-3 would be like with her, but the aftermath of Kaidan’s death made me reload my last save immediately.  I just couldn’t do it.  Sorry, Ash.  Watch the Virmire scene here. 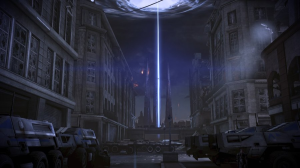 2.  (ME3)  Every conversation in the FOB in London

Where do I even begin.  I love that you get that one last opportunity to talk to all your squad mates before the final battle, particularly the last conversation you get with your LI.  Every conversation you have feels like goodbye and that made me go all teary.  Watch one version of this scene here.

Though the Extended Cut was basically just a bunch of postcards, I appreciated Bioware’s efforts to right the wrong of their original ending.  I also appreciate that they added the option of shooting the Catalyst.  But the thing that was most heartwrenching/warming about the Extended Cut was that additional scene that played with your squadmates while you’re running to the beam.  If you brought your LI along as one of your two squadmates, you get a touching goodbye scene – watch it here with male Shep and Liara, or here with FemShep and Kaidan.

All in all, the whole series is more moving, well-written, and cinematic than pretty much every movie I’ve ever watched.  And it really draws you in because it allows you to become Shepard.  I hope Mass Effect 4 will follow in the same vein and continue the same story-based gaming tradition that Bioware has really perfected with its Dragon Age and Mass Effect franchises.

What moments had you choked up in Mass Effect?  Let me know in comments!