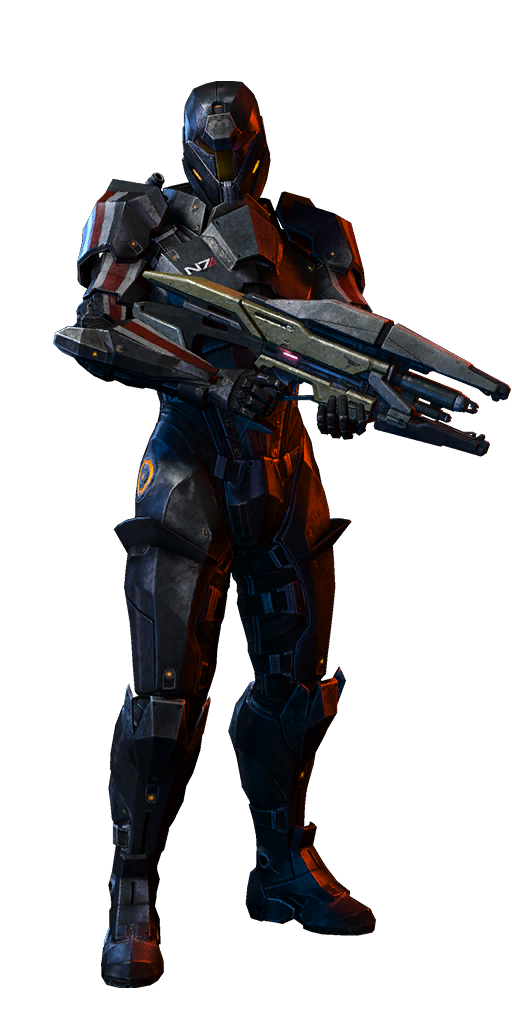 This week I’m going to be analyzing the Best Builds for popular characters, based purely on the in-game stats (facts, people!).  On request, the first one will be the N7 Destroyer Soldier! 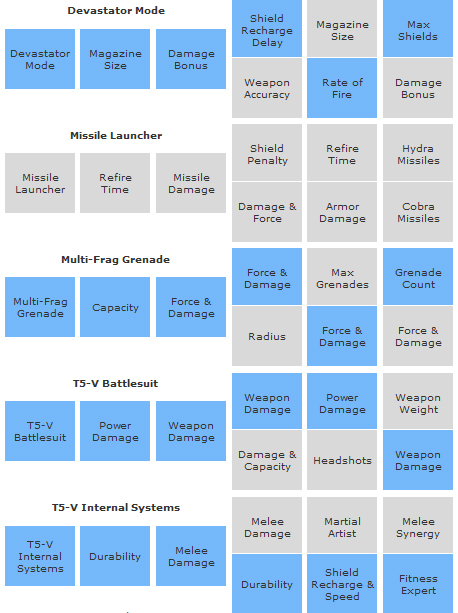 Q:  Should I put points into the Missile Launcher?

Let’s look at a Pure Defense build (Devastator Mode to Rank 6 spec’d for shields, T5-V Internal Systems to Rank 6 spec’d for shields/health). Let’s also assume you’re equipped with a Piranha X Shotgun with Smart Choke V and High Caliber Barrel V (accuracy and damage bonus).  Lastly, let’s simplify and say you’re fighting a single Assault Trooper who has infinite health and you can’t take cover or dodge his shots.  Given that the Assault Trooper does about 618 Damage Per Second (DPS), you have a certain expected lifespan to do damage before you die.

The Missile Launcher power will take away 50% of your max shields (not base shields, like Hunter Mode on the Geth) – you can also spec it to have a 25% less shield penalty.

As you can see, the ML doesn’t do enough pure damage to justify the shield penalty.  The total damage you can expect to do without the ML is far greater than with it.  Additionally, the flight path of the ML is terrible – more often than not, the missiles hit the wall or the ceiling.

Q:  But I really like the power and it’s ability to stun enemies.  How can I use it effectively?

A:  Spec Rank 4 for 25% shield penalty reduction and rely on the ML to stun enemies, not deal damage.

In the previous chart, you can see that by selecting the shield penalty reduction at Rank 4, you increase your total expected damage.  So, if you must use it, make sure you spec for 25% reduced shield penalty at Rank 4.

Q:  What’s the better Rank 6 evolution for the Missile Launcher?

Q:  What is the best way to evolve the Frag Grenade power?

Assuming you’ve spec’d out your T5-V Battlesuit for power damage at Rank 5, here’s a chart of the total damage and the damage per grenade you can expect out of one iteration of your power:

Let’s start with why you should go with Multi-Frag Grenade (increase the number of grenades launched by 2) over +50% damage bonus at Rank 6.  Assume Ranks 4 and 5 were spec’d for increased damage.  With 2 extra grenades launched with the original 3, you can expect total damage of 1254.2.  With 50% damage bonus, you can only expect total damage of 927.5.

Now let’s talk about grenade capacity – as you can see in the chart, if you want the highest total damage, you’ll want to increase your grenade capacity.  If you want the highest damage per grenade, you’ll want to spec for damage.  On Platinum, you usually get one grenade per ammo box, so getting up to four requires a lot of running around and you probably won’t need all that capacity.  For that reason, choosing damage per grenade (Top, Bottom, Top) is the better choice.

Q:  Is it better to spec for Offense or Defense?

With the same assumptions that we used to evaluate the Missile Launcher Power, let’s look at a mix of Offensive and Defensive setups:

As you can see, the total damage you can expect to do with a Pure Defense build is the greatest, with Mixed Defense a close second.

So, that’s an analysis of the N7 Destroyer Soldier using the numbers – hope you found it helpful!  Here is the handy tool I used to Spec out the character with all the bonuses – click here if you want to experiment for yourself!

How do you have your N7 Destroyer built?  Let me know in the comments!