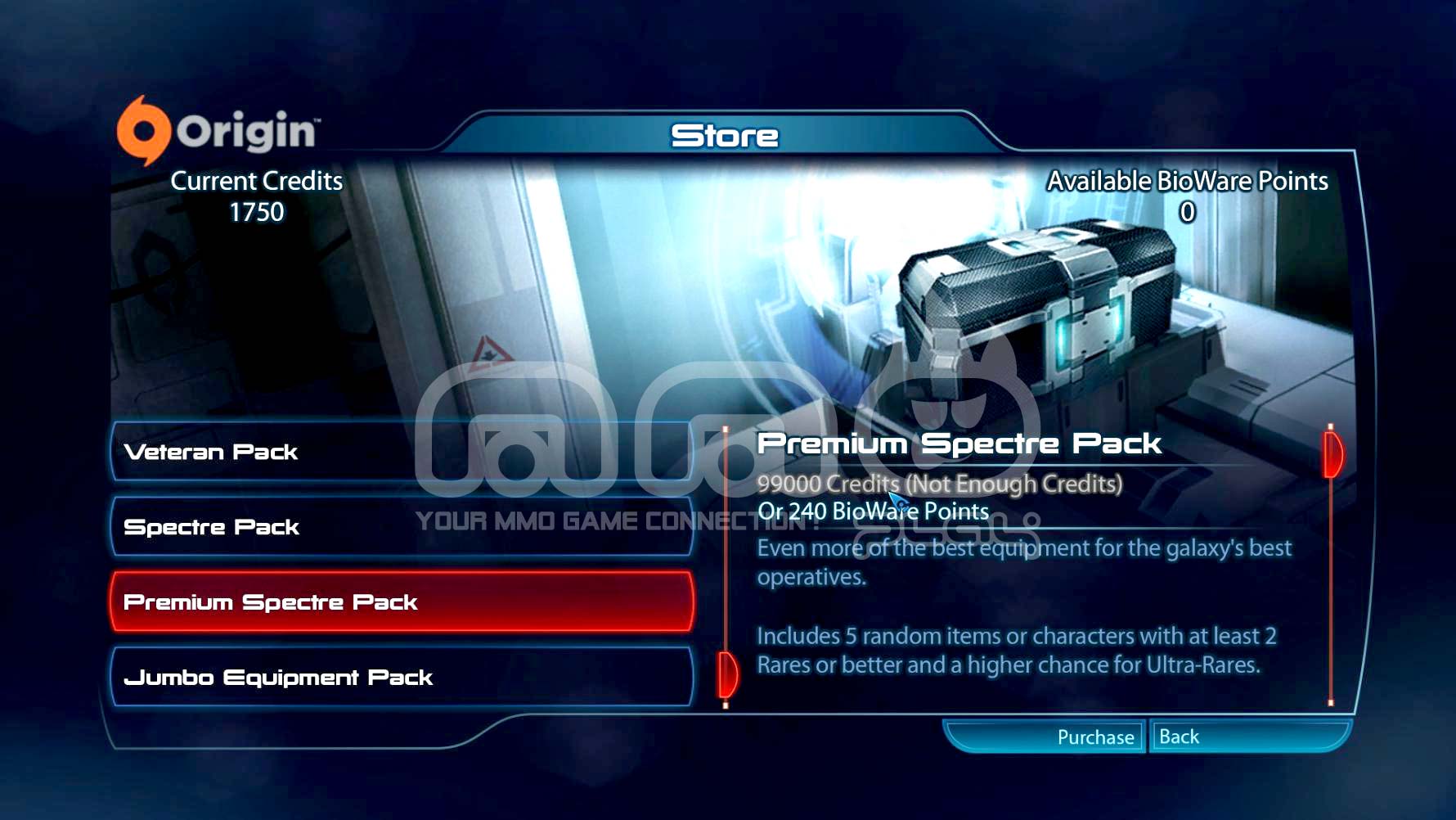 You can never have enough credits to spend on Spectre packs, so here’s a list of the easiest and fastest ways to earn credits in online multiplayer with the least amount of effort.

As a general rule, if you want to generate credits VERY QUICKLY, always do a Platinum match and wipe after Wave 6.  You earn the same amount of credits for completing Wave 6 on Platinum as if you completed a full Gold match and it typically only takes less than 10 minutes!

1.  Firebase White/Geth/Platinum (“The Level That Everyone Farms”)

If you don’t already know this strategy, you must not be playing a lot of ME3.  You need to camp at the bottom of the map in the room at the base of the stairs (see picture above).  There are many effective combinations but the fastest I’ve done are:

The Salarian Engineer, while not required, does make the game a LOT easier, especially if you have Hacks as your objective waves.

When Phantoms spawn, sometimes they come in the back door, so make sure to keep one eye open.  Otherwise, the game is pretty straightforward – just kill everything that comes in the room!

2.  Firebase Glacier/Cerberus/Platinum (“The Little Room That Everyone Hides In”)

This is also a well-known strategy.  Everyone needs to hide in the small room at the top of the stairs (in the above picture, it’s up the stairs on the right).  There is only one door to this room.  The fastest setup I’ve done using the little room is:

Don’t use anything that eats ammo because there is no ammo box easily available using this strategy!

The Justicar should have its Bubble set for Warp and place it just outside the door of the room.  Everyone should stand as close as possible to the wall next to the door (I say this because Banshees won’t come in the room as often if everyone is to the left of the door – they’ll get stuck on the wall outside).

The Cerberus Adept/Vanguards should spam Smash and the N7 Slayer should spam Biotic Slash.  The Cerberus Adept can also put a Singularity in the doorway to catch any enemies that come too close – another benefit is that Banshees sometimes get stuck on the Singularity.  The Justicar should keep putting up the Bubble and use Reave frequently.

Send two people out to complete each objective while two stay in the room (unless it’s a Hack – everyone needs to go in that case) – the majority of enemies tend to focus on the people in the room.

Don’t be afraid to use missiles when you get overwhelmed in the little room because you definitely will at least once during the game!

You will probably get bored of doing the first two strategies, so here’s another fairly easy alternative.  You need to camp in the “Blue Room” (AKA the room with the giant floating blue orb in the middle) – see picture above.  The fastest setup I’ve had was:

It should be fairly easy holding the Blue Room – when Banshees come, you can lead her on a chase around the Blue Orb until she’s dead and still be generally safe from outside fire.  For objectives (not Hacks – in that case, everyone goes), send two people out and leave two people in the Blue Room, one on the door and one on the long hallway.

What do you think is the easiest way to credit farm in Mass Effect 3 Online Multiplayer?  Post in Comments or email me!