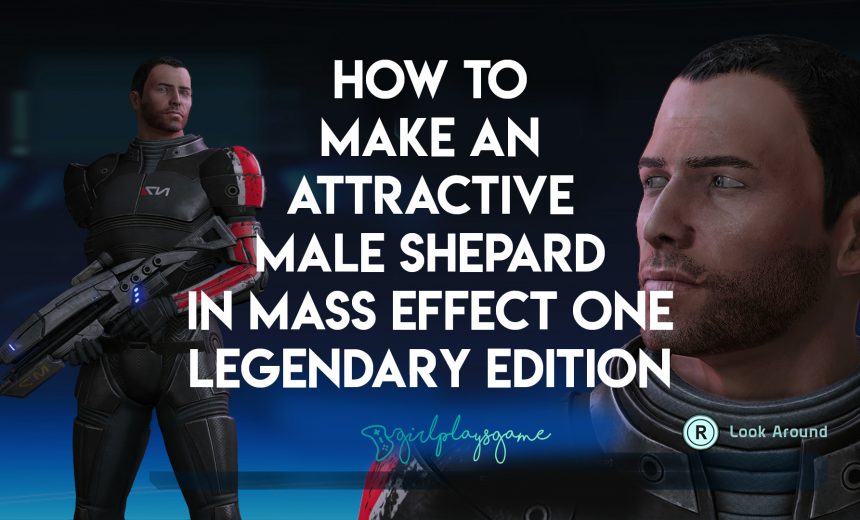 Hello, I am back with a tutorial on how to make attractive MShep (male Shepard) in the new Mass Effect Legendary Edition! This is specifically for starting with Mass Effect One. Sadly, there don’t seem to be any upgrades to the character creation in ME:LE as compared to the original, so really there’s only so much I can do here without mods (also, read below the video for info on MELE mods). Also, I still haven’t gotten my hands on an Xbox Series X yet so my graphics aren’t as nice as they could be. Ah well, c’est la vie!

Pro tip – just play as the default Male Shepard … I honestly haven’t been able to make any custom characters that look as handsome as him hahahaha.

You can watch the below YouTube video to follow along with my tutorial and make tweaks of your own, or you can just input the face code into your game:

Ok, for those of you wondering if my mods will be ported to MELE – there are efforts underway by AudemusN7 to port my Mass Effect mods over to MELE. I’ve given him and other modders to do so, but I am not personally involved. Please follow him on Twitter for updates!