I’ve finally started my second playthrough of Mass Effect: Andromeda and I tried to challenge myself to do it with a male pathfinder. Unfortunately, the default presets for male pathfinders are pretty atrociously ugly – but after lots of experimentation, I think I made a halfway decent looking Scott Ryder. Here’s how!

Step 1: Start with a Preset whose eyes and eyebrows you like. In Mass Effect: Andromeda, you can’t change the eye shape, brow shape, or orientation (slant) at all, so you better pick a Preset that has good looking eyes and brows. I prefer to start with Preset 6, even though his default look is pretty rapey.

Step 2: Remove distractions. Change the hair to the default Scott hairstyle so you can see the full face and get rid of the beard. You can always change it at the end after you’ve made his face proportions look right.

Step 3: Change the skin tone if you want. I find that the gameplay shows the skin tone like 2-3 shades darker than what you see in the Character Creation menu so if you should adjust skintone down from where you actually want it to be.

Step 4: Dial the cheekbones all the way up to the highest they can be. This is critical to avoiding the dopey look most Presets have.

Step 5: Make the eyes wider apart than you think they need to be. The Preset width (10) is really narrow and makes all the Presets look a little cross-eyed and fetal alcohol syndrome-y. Yeah, I said it. 13-15 is pretty good in most cases for the male Ryder – anything higher gives you a froggy look.

Step 6: Make the chin longer and a little wide. That makes the male character’s face look stronger. I would err on the side of a longer chin than a shorter chin – short chins look really bad in-game.

Step 7: Now you’ll see the mouth is super close to the nose – no worries, that’s why we made the chin longer! Make the lips smaller for male characters and then make the mouth slightly less wide so you don’t look like a donkey. Bring the mouth down (height) so that it’s not next to the nose – a good way to judge is look from the side and put the mouth halfway between the bottom of the nose and bottom of the chin. In-game, the mouth looks closer to the nose than in the CC so err on the side of a lower mouth. Check the mouth depth to make sure the lips aren’t too sunken or pouty.

Step 8: Get some makeup if you want. For male characters it’s not necessary, but to each his own!

Step 9: Pick a great hairstyle! I like default Scott Ryder hair. The lighter hair colors tend to look really fake in-game, so I like to stick with dark. 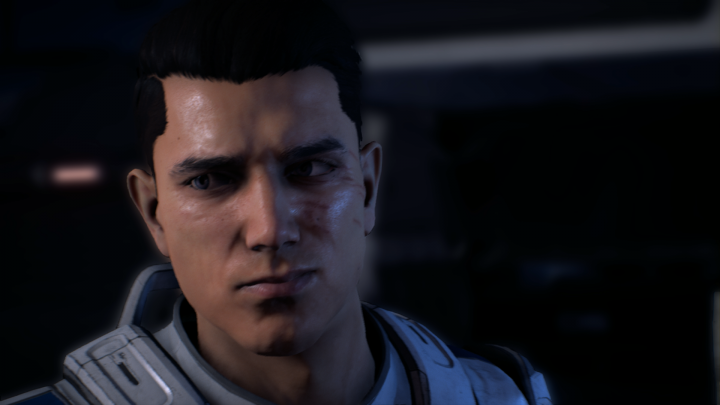 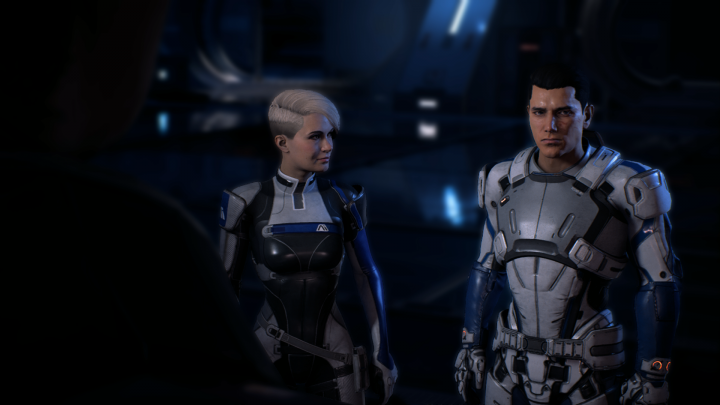 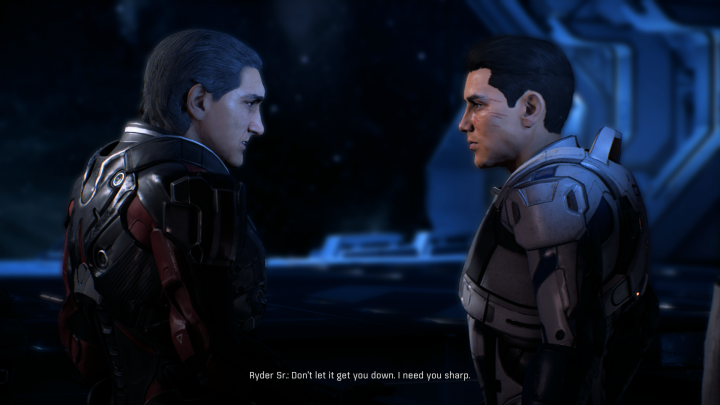