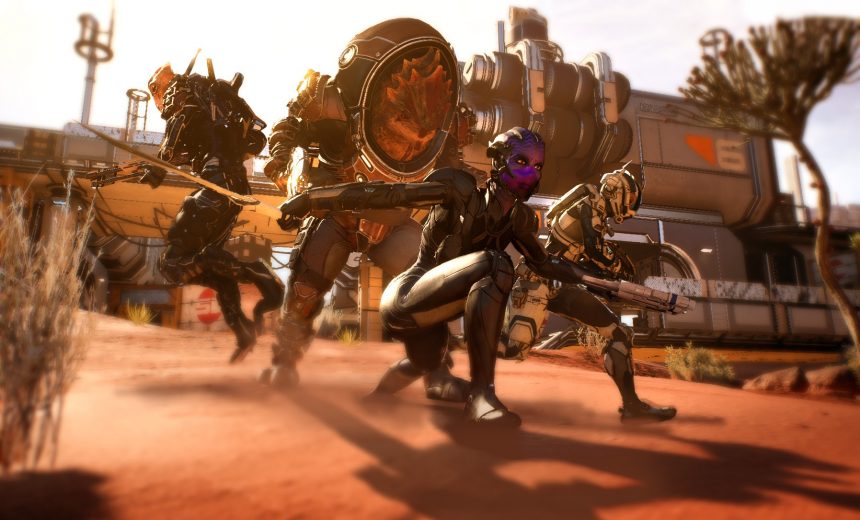 We’re a few weeks into ME:A and the general feedback I’ve heard so far is that the online cooperative multiplayer is really unbalanced. Weapons that should be ultra rare are actually full of suck, and powers/combos are totally nerfed. Well, if you’re looking for balance, you found it here first – introducing the Double Ammo OHK Glitch!

Did you know you can actually equip TWO of the same type of consumable ammunition? The game thinks you fire TWO bullets at once, and both do extra damage and prime the target. So, basically you can one-hit-kill almost anything in the game on Gold if you hit them in a weak point and use the right character. My preference is for the Salarian Infiltrator with Vanquisher and cloak and damage bonus. I mean, it’s no “missile glitch” for you ME3 vets out there, but it’s pretty damn fun :)

Here’s how you can do it:

Now, the question is – can you do this for every consumable? Well, I’ve wasted my own consumables trying to answer that question and the answer is … maybe? Here are the combinations I’ve tested:

Ok, so there you have it. If anyone has a definitive answer to if the power, weapon, and other consumables stack, let me know in comments!