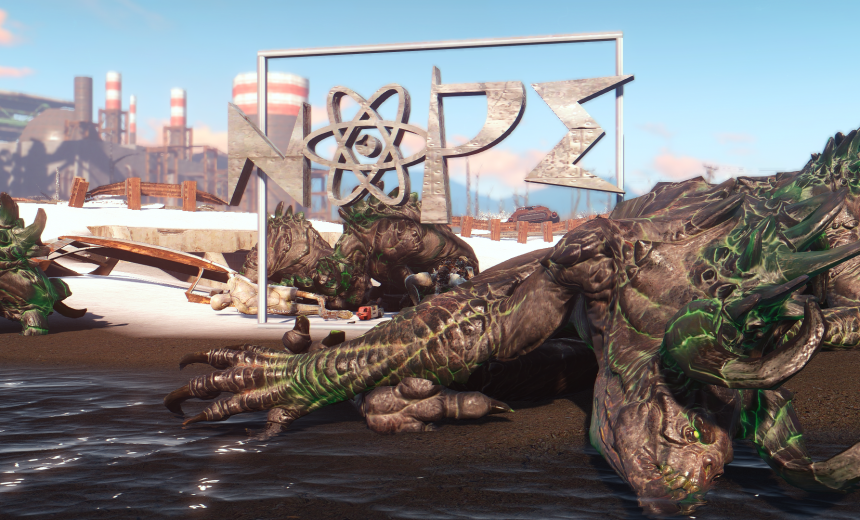 Bunch of exciting new mods out this week – but I’m totally late on reviewing them because (TOOT TOOT) my Bioshock settlement got picked up in the gaming media and I’ve been all up over the interwebs on Gamespot and Kotaku and Eurogamer and IGN and PCGamer and all the sites that I always read but never imagined my own stuff would be featured there! So exciting. So thank you to everyone who has encouraged me over the past few years and welcome to all my new followers! :D But enough about me. Onto the good stuff. 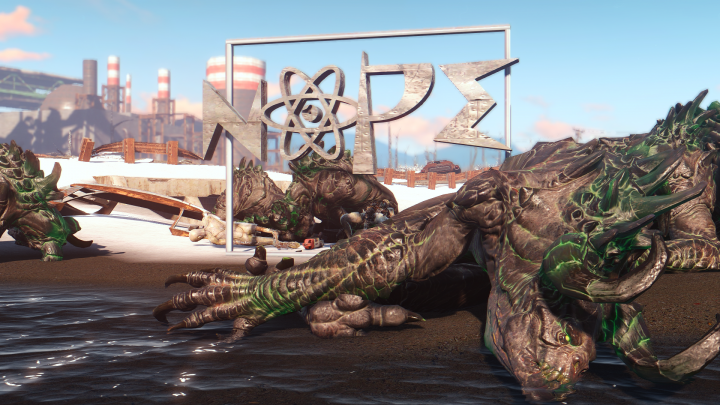 This mod is great because you can write snarky messages all over the Commonwealth without having to spell them out pixel by pixel using lightboxes. See above. 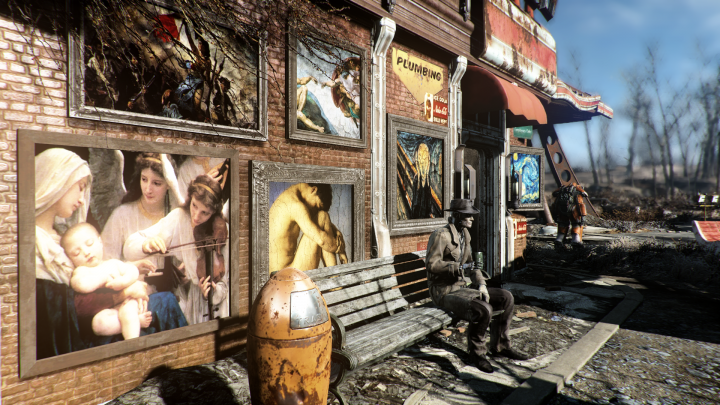 From the maker of the handy “Face Ripper” mod (which allows you to import characters from one save file to another) comes Cell Ripper, which allows you to import settlement builds from one save to another. NO, THIS CANNOT BE USED FOR MY BIOSHOCK SETTLEMENT, SADLY. Cell Ripper only works for the vanilla settlement locations right now (like Red Rocket or Sanctuary) … so anything you build using spawn workbenches in custom locations (like my Columbia settlement) can’t be ported. YET. I’ll keep you posted if that changes.

I love this mod. A bobblehead is so much more satisfying when it’s bobbling at you, and this mod makes it possible. There are two versions of this mod – one where the heads bobble and the figurines spin in place, and one where only the heads bobble (no spinning). I prefer the latter, but hey, who am I to rain on a spinning bobblehead’s parade?

I like to set my post-Apocalyptic wasteland to a cheery, lush, verdant background, so the Spring edition of this mod is perfect. You also have the Summer, Fall, and Winter options if you’re not quite as chipper as I am. Actually, I’ll probably use the Winter version when I build my Skyrim-themed settlement, shhh ;) 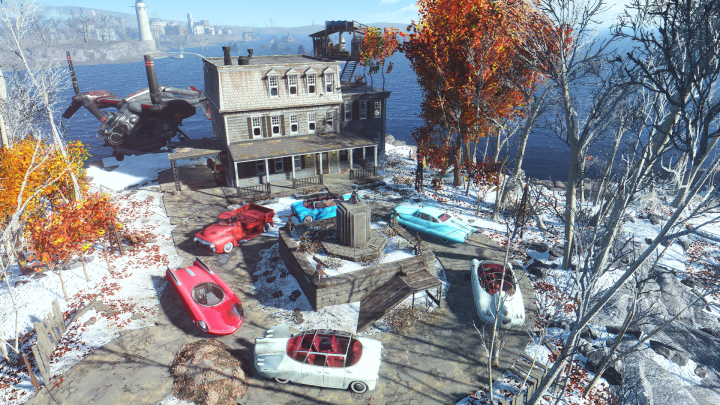 Of all the default vanilla settlements, Croup Manor is my favorite “bat cave” for my character. I love how stately it looks and how you can plop some luxury vehicles in its driveway for maximum sexy. And now this mod rebuilds the manor so that it doesn’t look like a bombed out ruin, restoring it to its former pre-apocalyptic glory – what more could a girl ask for?