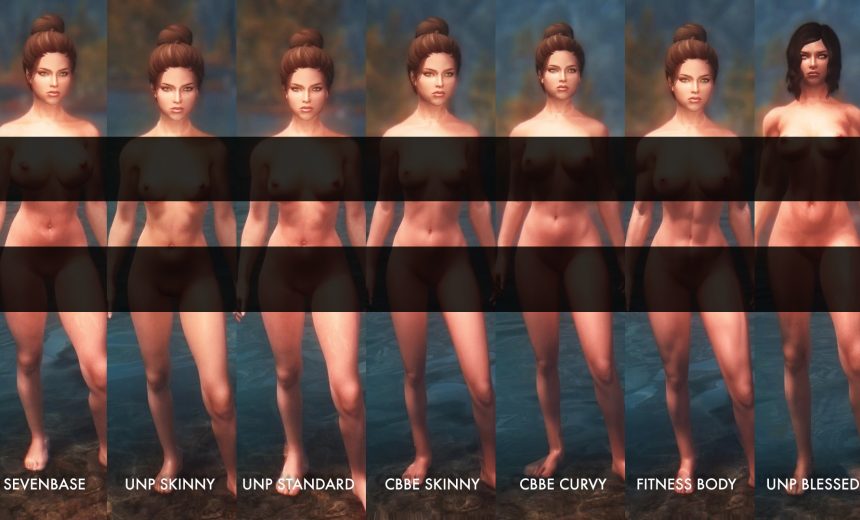 Let’s face it, every Skyrim female body mod is about as “realistic” as the bodies you see in magazines. But, hey, it’s called “fantasy” for a reason, amirite? Here’s my comparison of some of the most popular female body mods out there. The screenshots are NSFW so go be pervy at home. Hehehe. 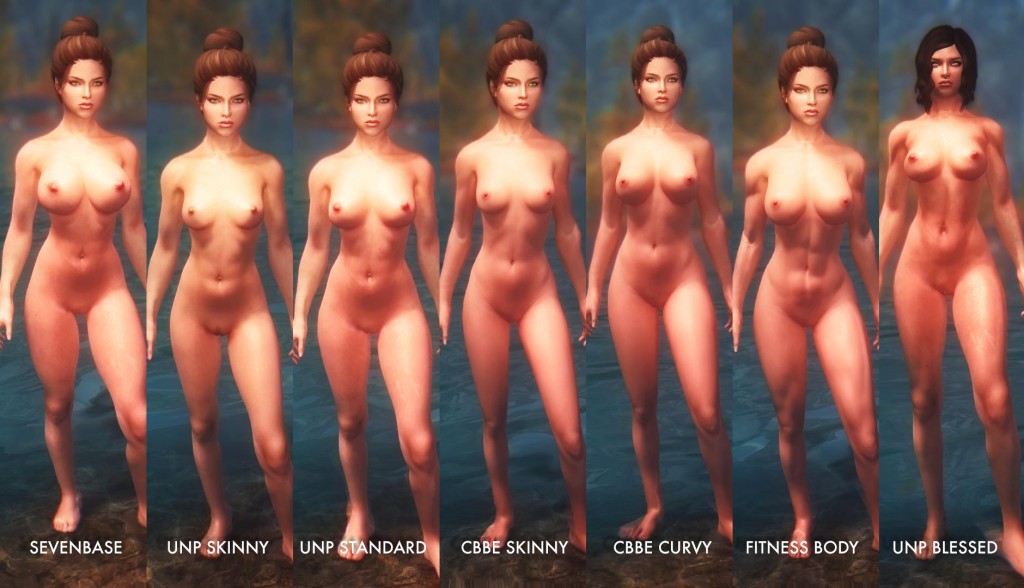 *All the following photos are taken in the same location/lighting using a modified version of the Poupouri Morning Star ENB (less saturated, more sub-surface scattering). All the body settings for the character are exactly the same (weight 100) in each photo.

This mod comes in 3 different flavors – skinny, standard, and blessed. I love the proportions of the UNP body, but my one complaint is the breasts – they point a little too skyward to look realistic at larger sizes.

UNP Skinny kind of gives your character an adolescent look: 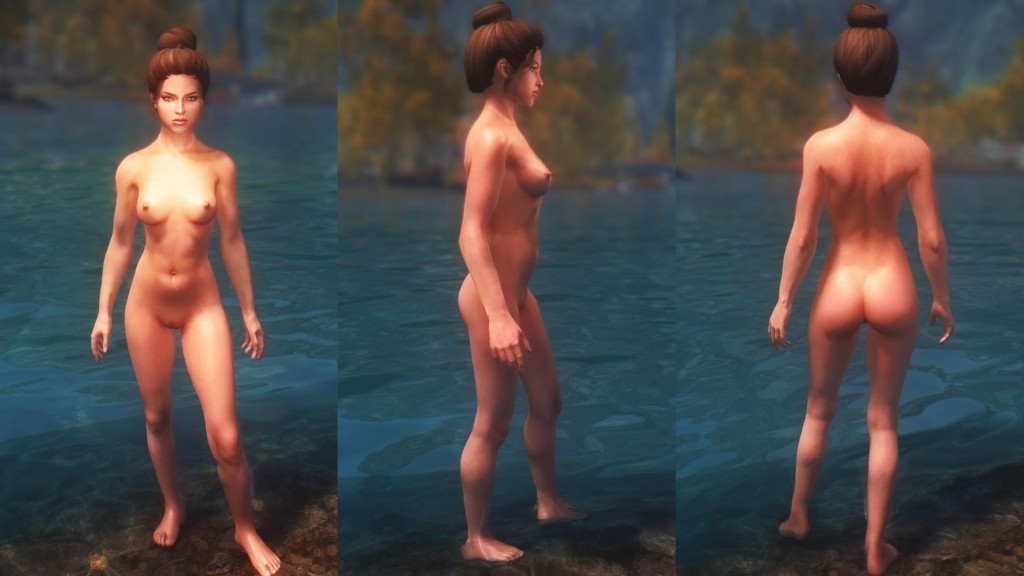 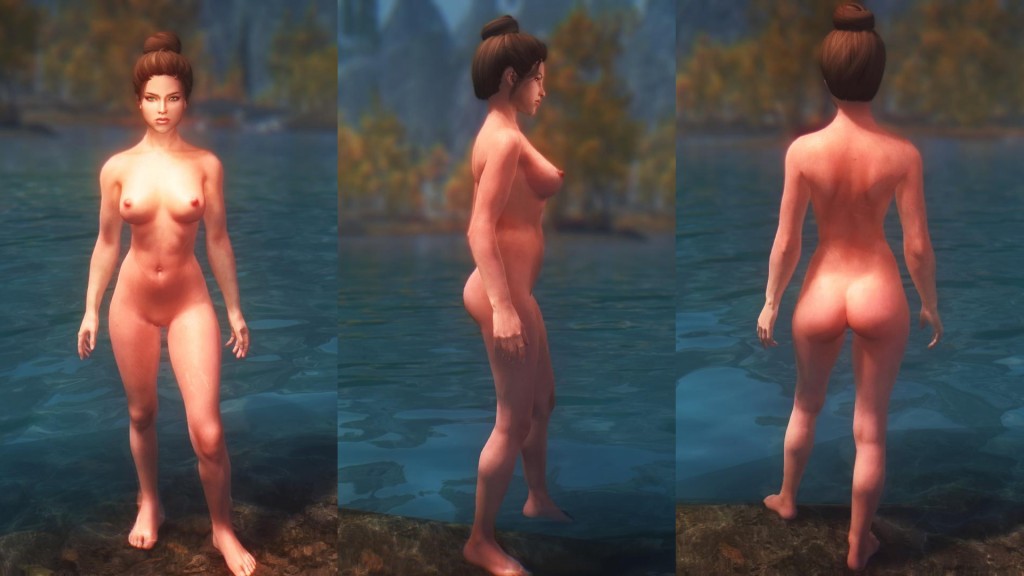 UNP Blessed (popularly known as UNPB) is no longer publicly available because the creator got a lot of flak for creating such an unrealistic body. I must admit, UNPB was not my favorite, but it’s a shame that it was taken down for everyone who wanted to use it. You can still use UNPB if you install the Ningheim Race mod and create a Ningheim character, though: 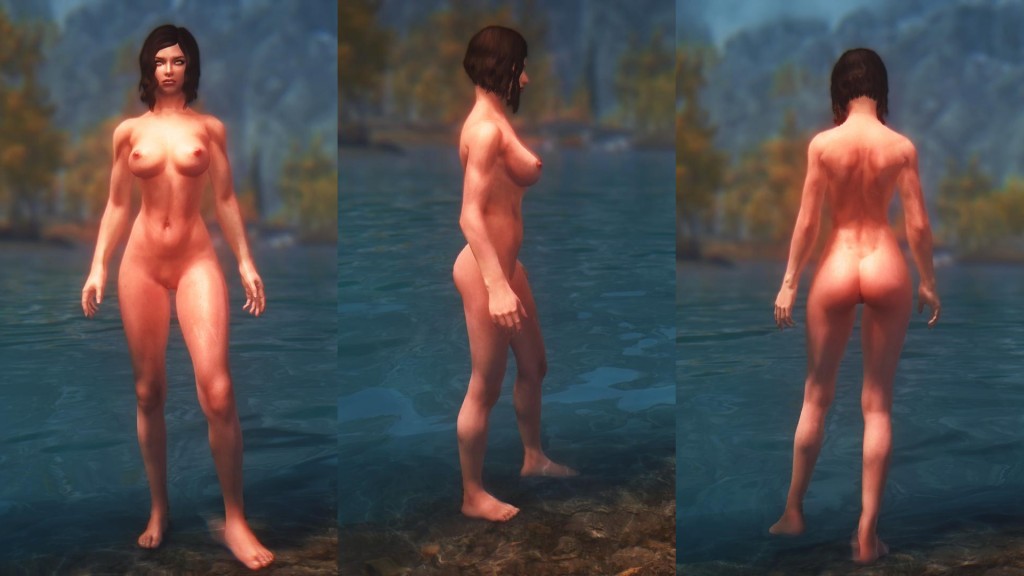 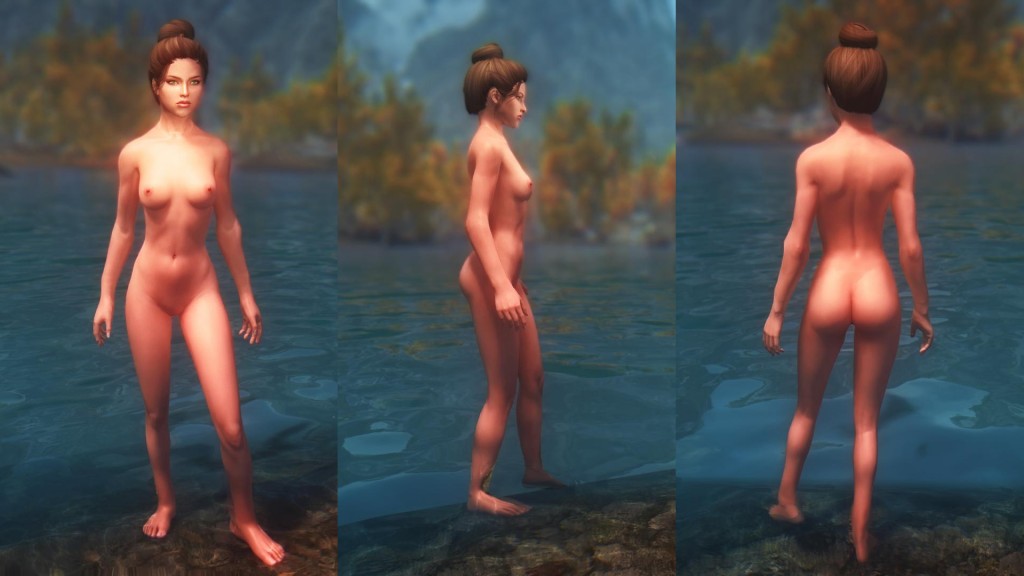 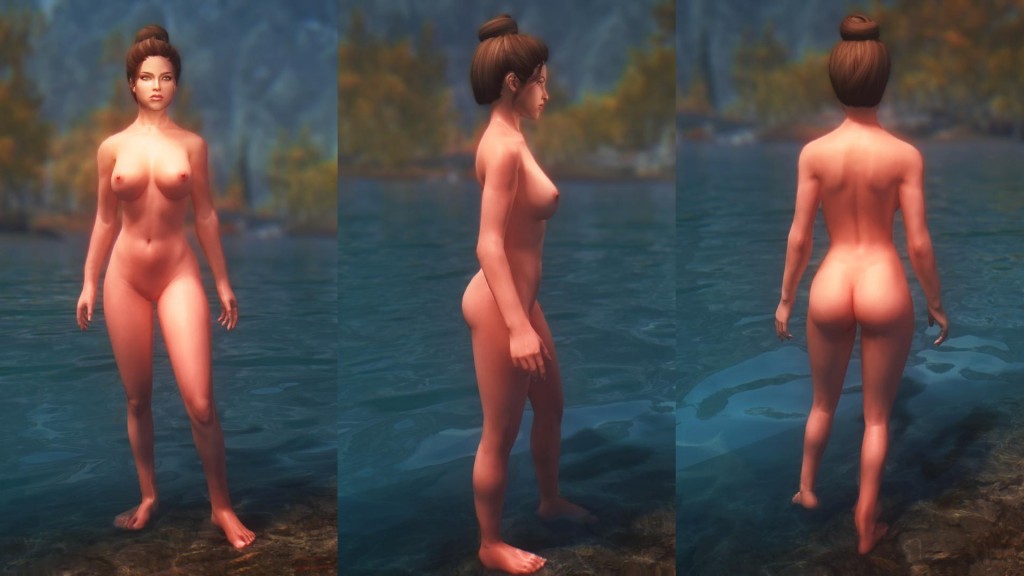 If you want your character to look like she has inflatable clown tits, this mod might be for you. It’s not the size of the breasts that bothers me, it’s the really unrealistic slope and underboob shadow area – it makes them look kind of hard, like a bad boob job: 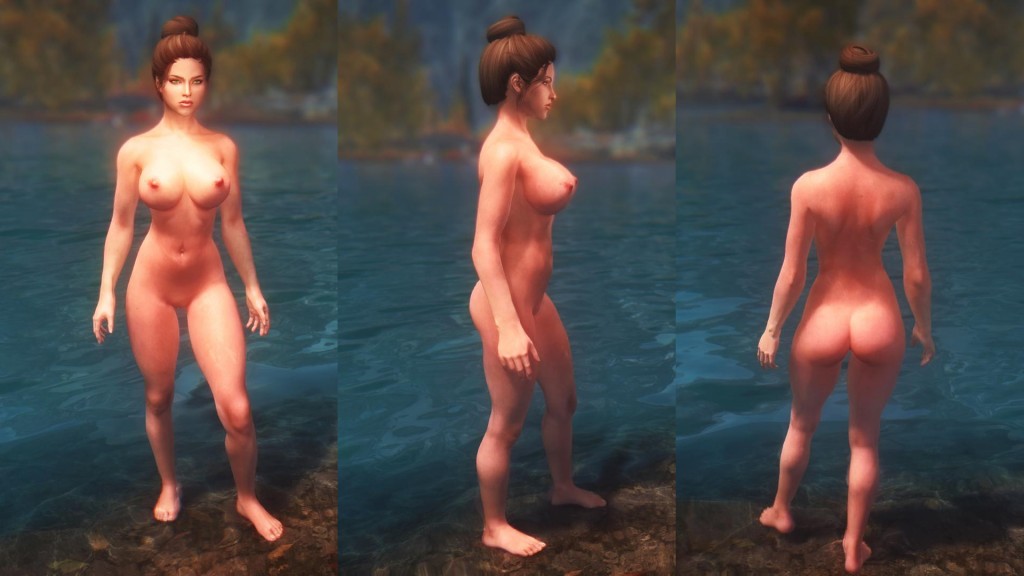 This isn’t actually a body replacer – this is a mod that modifies the normal maps for each body type, so it’s available for UNP and CBBE meshes. I love using this for my badass Skyrim characters. You can control how muscular your character appears by customizing the normal maps using the Fitness Body Blender.

Here is CBBE with maximum muscles: 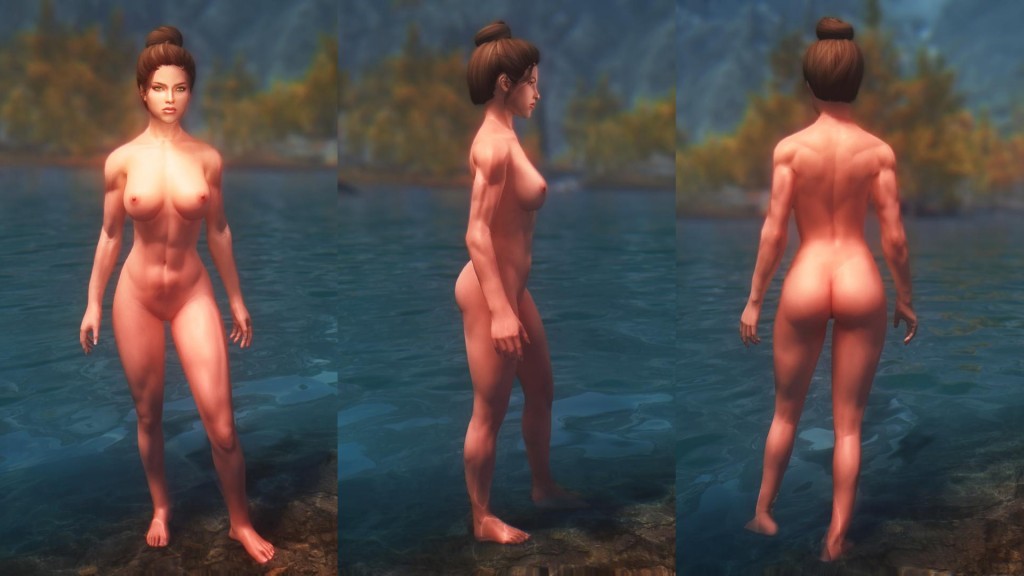 Here is CBBE with minimum muscles: 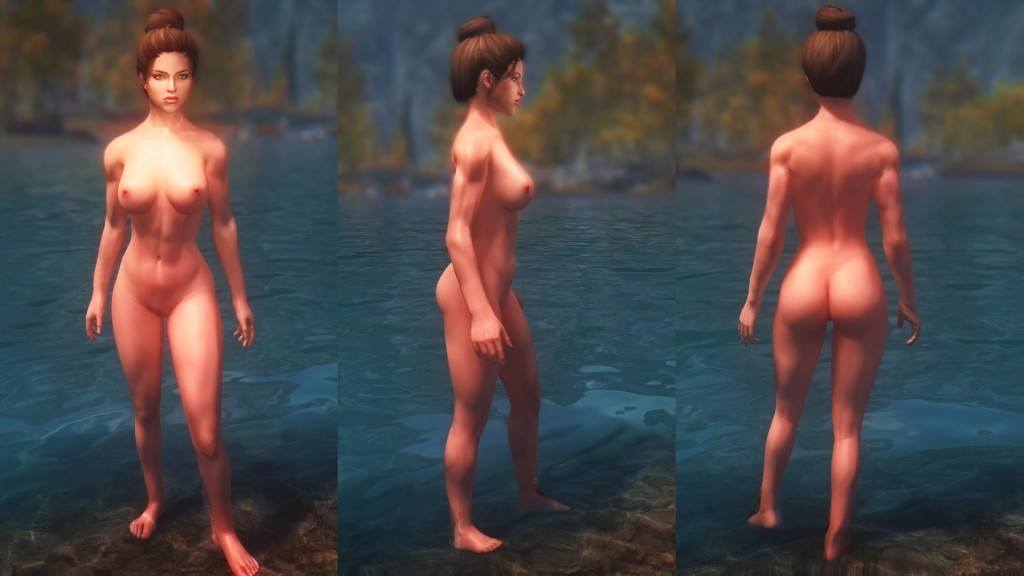 Which one is your favorite face texture? Let me know in comments!