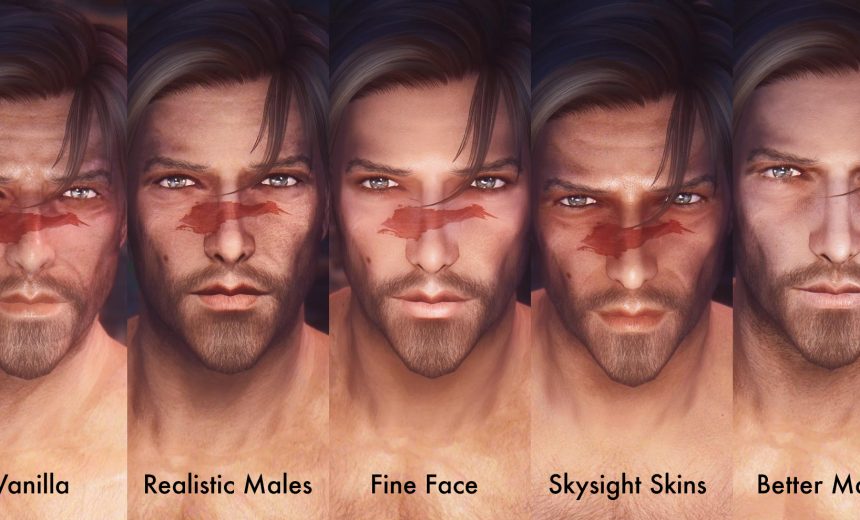 I always get asked how to make my male OC’s because they are so damned good looking … well, now that I have a new computer, I’ve been branching out to test if there is another male face texture that would make them even more handsome. Here is a comparison (from best to worst) of all the face texture mods I tried: 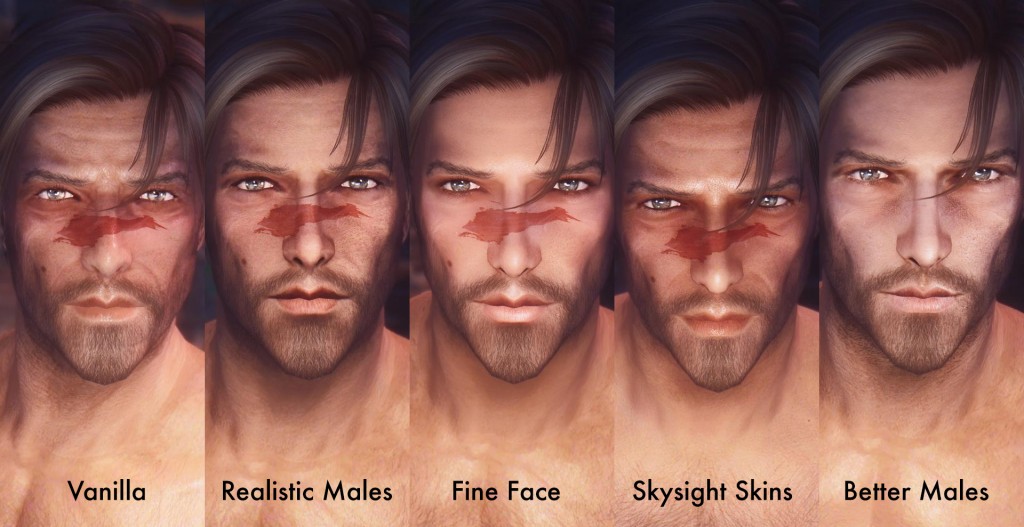 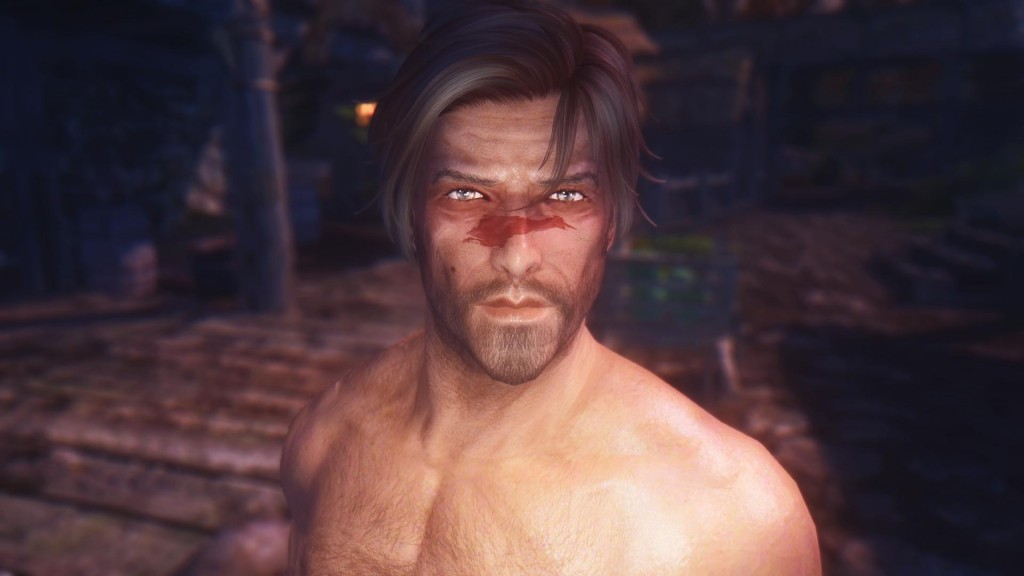 Damn, what is it about the vanilla male face texture that makes your character look 500 years old?! Seriously, he looks like a zombie or a guy who hasn’t slept in decades. I think the vanilla texture is just too weathered for my liking.

This mod is my absolute favorite for male face textures. There are 3 different flavors – Younger Faces, Geonox, and a mix between the two. My personal preference is for the mixed version – I think it does a good job making your character appear fresh faced but not smooth as a baby. The Younger Faces version is just way too flawless and porcelain-like for me. The Geonox version is better but I don’t love the eye bags it gives my character. 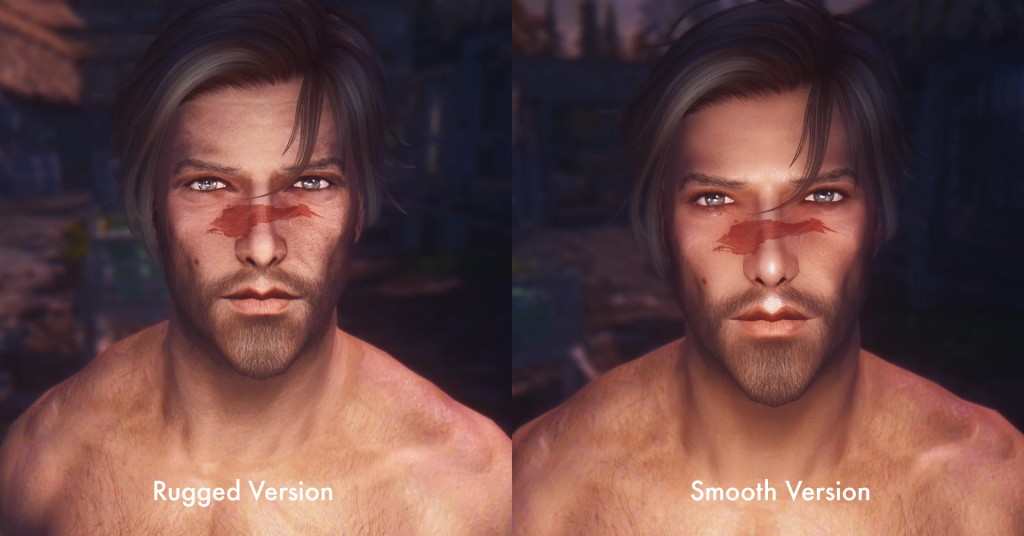 This mod comes in 2 flavors, rugged and smooth. I prefer the rugged one over the smooth one – it looks much more realistic. The smooth version is too flawless, making your character look like a plastic Ken doll. That being said, neither of these settings achieves the look that I like. 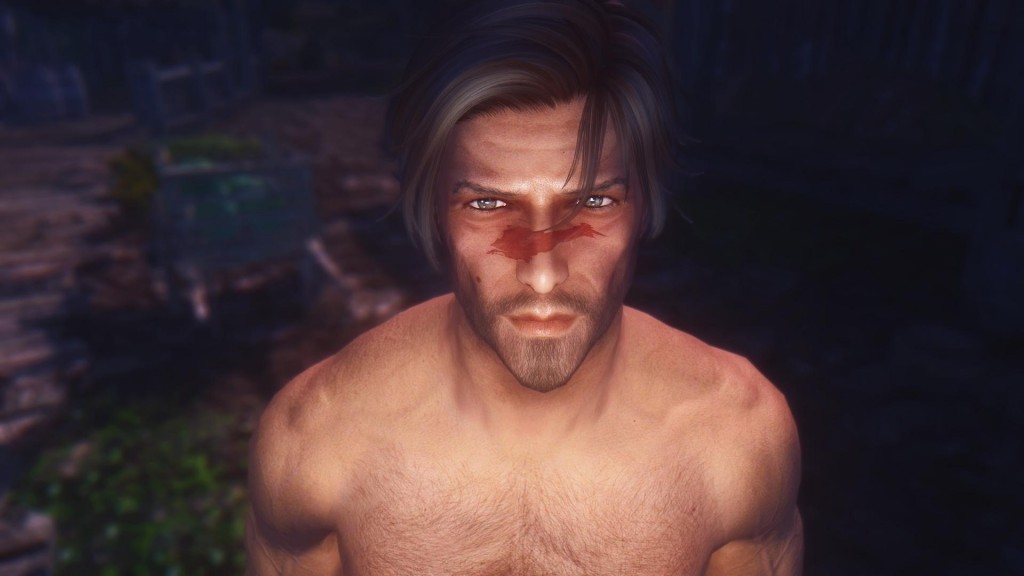 This is like a super HD version of the vanilla skin, so if you like how weathered the vanilla texture is, you’ll like this mod. For me, it’s just too haggard looking, but the textures themselves are nicely done. If you’re building an older character, this might work well for you. 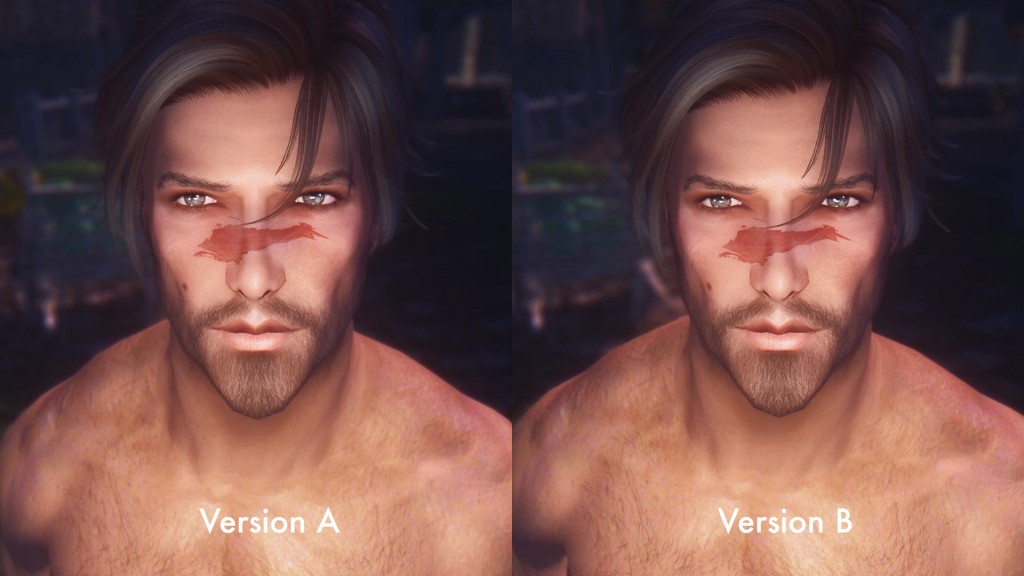 There are two versions of this mod, A and B, but both look almost identical IMO. Both give your character a super young baby face. With my ENB, there is a reflective sheen and the texture looks too plastic-y (but it may not be the same if you’re not using an ENB). For some reason, it also makes it look like your character is wearing guyliner so unless you want an emo OC, I wouldn’t recommend it.

Which one is your favorite face texture? Let me know in comments!