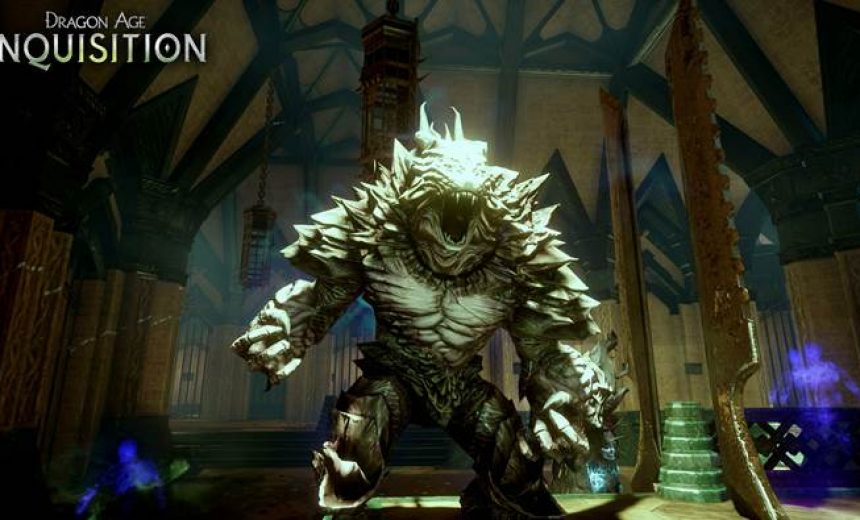 If any of you have been playing any amount of Inquisition multiplayer, you’ll probably have encountered the game-breaking key drop glitch where all the enemies on the map are dead but you can’t unlock the door to move on.  Here are the glitches I’ve encountered and some recommendations on how to fix them.  Sadly, not every solution is 100% effective, but it’s better than nothing :)

This is the glitch where one enemy is still standing at the end of the round – it doesn’t appear as a red dot on map but it’s just sitting there laughing at you, not taking damage as you try to kill it:

Try targeting the enemy by pressing down on the right toggle/joystick, then use a spell or power that visually destroys enemies.  For example, the Necromancer’s Walking Bomb power will make the enemy explode into pieces and that should drop the key.

2.  The Key Drop Bug – No Visible Enemies on the Map

This is the bug where you can’t see any enemies on the map but the key hasn’t dropped and you can’t get through the door:

Sadly, there isn’t a good fix for this.  I recommend everyone in the lobby kicks the leader so that the level resets.  If the leader is kicked, he keeps his earned gold/items up to that point.  If the leader leaves, he loses everything (edit: someone said you keep your gold/items regardless but it doesn’t show in your screen … gotta check if this is actually the case since I’ve never retained items when leaving a match).

To prevent this bug from happening in the first place, here are some recommendations:

I’ve only gotten this glitch one time – it’s where you suddenly find yourself in some weird alternate dimension after going through a door:

Usually one player (the leader) can see the map and all the enemies.  It is impossible to follow the leader through the glitched map because the landscape is different, but it is possible for the leader to lure all the enemies to the beginning room where the glitched members can help the leader by spamming area attacks.  Once the key is dropped and the next door is opened, you’ll spawn normally and the map will reappear.

Sometimes you’ll be stuck in one spot on the map and unable to move forward – if you do, you’ll teleport back where you were before. Unfortunately, I didn’t take a video of this the last time it happened but you’ll know it when it happens to you :)

If you jump constantly, you can move through the map and spam an attack or two before you’re teleported back to where you were before.  Alternately, your team can lure enemies back to your location so you can help attack.  The bug should correct itself when your team goes through the next door and you respawn.

Ok, I hope this guide makes the buggy multiplayer more bearable for everyone until Bioware releases their third DA patch.  Please let me know if you have any other fixes and I’ll add them!

Did this guide help you?  Let me know in comments!