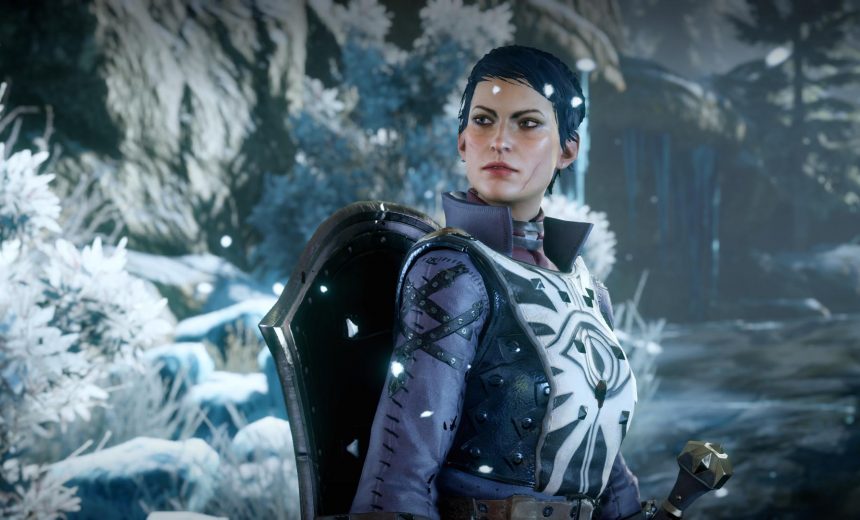 Well, I’ve been holed up playing Dragon Age: Inquisition since it came out a day ago and I’m only like 6 hours into a supposedly 100 hour playthrough.  I bought it for both PC and Xbox 360 and I just wanted to say upfront that if you’re like me and haven’t upgraded to a next-gen console yet, you’ll find that it is horrifyingly bad quality on Xbox 360.  The main problem is the scalar for all the textures – everything just looks way too shiny.  Anyway, I HIGHLY RECOMMEND getting the game for PC or Xbox One/PS4 but if you haven’t upgraded yet to a next-gen console, don’t even bother.  FYI, all my screenshots in this post are from PC.

If you’re still on the fence about buying, here are my other initial impressions of the game (campaign mode – I’ll dive into multiplayer another day).  No spoilers, don’t worry! 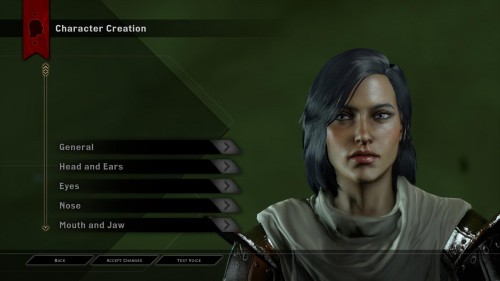 This is probably one of the best character customization games I’ve ever played in terms of realism and facial customization options.  I love the selection of facial scars and you can even fade or increase the intensity.  I’m also really impressed with the sheer number of “weathered” (read: old looking) facial textures … you don’t often see that in games.  I’m boring and usually play as a human, but there are a whole bunch of race options that are awesome, particularly Qunari.  The only complaint I have is the hairstyles (seriously, why is it so hard to include high poly hairs in games?!  Why must I mod the shit out of every hair?) … there are not a lot of options if you enjoy longer, girlier hairs.  But, I still have to give the character creator an A+ for the ability to make a SUPER HOT Inquisitor.  I mean, seriously – look at that face: 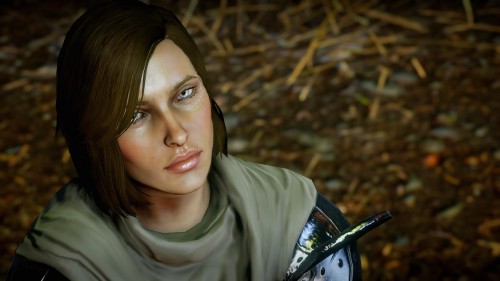 I’ll be honest, the combat is a little bit cumbersome and repetitive, on both console and PC.  The skill tree is very similar to that of Dragon Age 2 and there really isn’t anything that is super creative or original about combat.  If you’re playing on normal, you almost never have to go into Tactical View because the combat is frankly pretty easy.  I personally prefer the console’s combat mechanics to the PC’s – namely because having to hold down the right-mouse button while panning the view on a keyboard makes me irritable :) 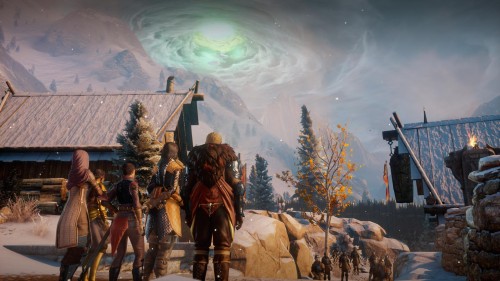 I was going to grade the storyline so far, but I’ve decided to reserve judgment just in case there is an epic Mass Effect ending type plot fail at the end!  But so far, the storyline has been pretty engaging.  The party member banter has also been highly amusing.  You can really dig deep into conversation arcs with not just the key NPCs but also really inconsequential NPCs as well – this is probably the main reason they say it’s a 100 hour game.  Eventually, I just stopped asking people questions just to advance the plot! 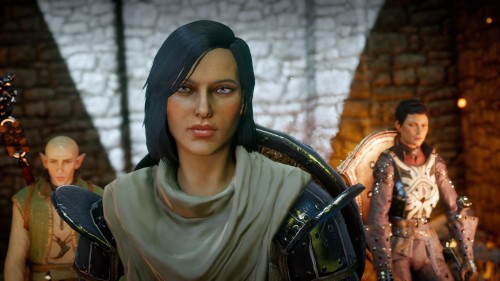 I haven’t gotten very far on the romance tracks yet but I’m sad that I can’t romance Dorian Pavus as a female inquisitor!  I’ll update this as soon as I get some sexy times :)

Remember all those characters you know and love from Dragon Age: Origins and Dragon Age 2?  Well, you’ll hear about almost all of them within two seconds of talking to Varric the first time.  Gave me warm fuzzies to think of all my old friends.  So far, I’ve come across one in-person cameo and I didn’t even recognize him until the game announced who he was, so … I’d give cameos an A if only this character had been closer to his DA:O image.  But don’t worry, it’s not nearly as bad as when DA:2 butchered Zevran’s face :) 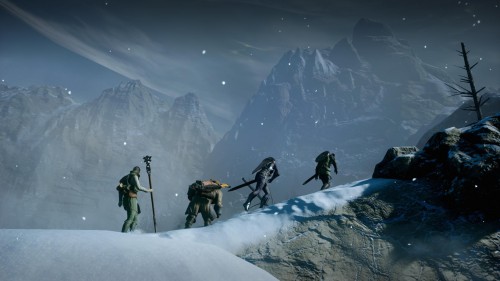 Ugggghhhhh so pretty.  It’s like fully modded Skyrim, that’s how pretty it is.  Now, if only I could figure out the console commands on PC so that I could do flycam and take some nice screenshots! 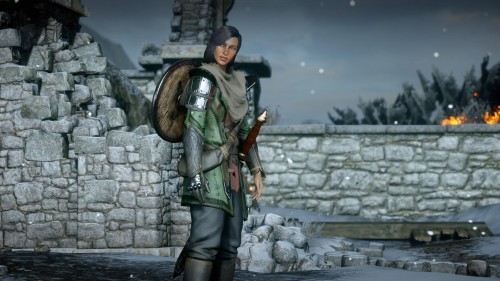 Anyway, those are my initial thoughts – I’d definitely recommend buying this game if you have a PC or next-gen console.  Dooooo itttttt!

Did you get Dragon Age: Inquisition?  Do you want to play multiplayer with me?  Let me know in comments!