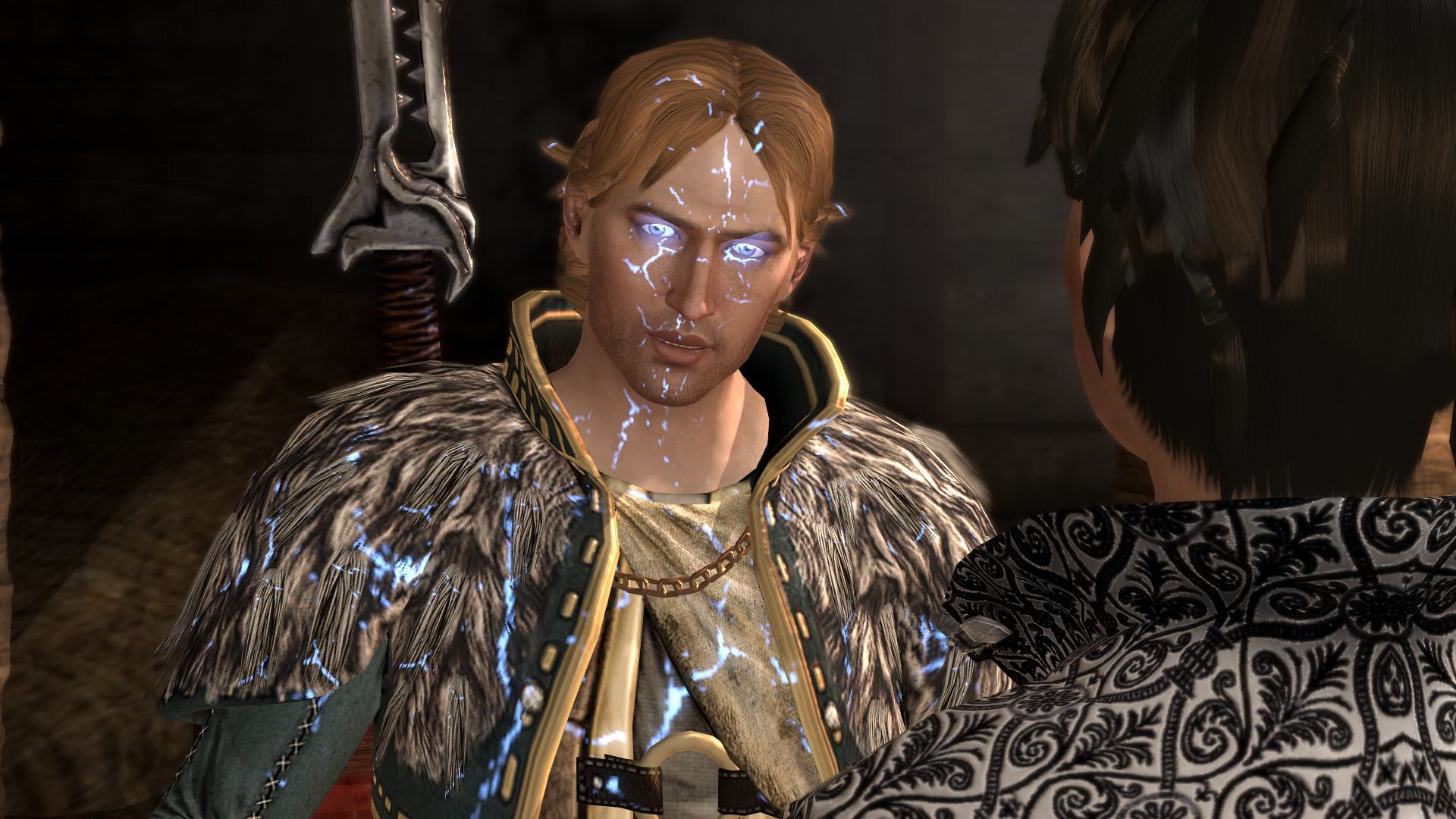 In celebration of the release date announcement for Dragon Age 3: Inquisition, let’s remember all the extraordinarily disturbing moments in Dragon Age: Origins and Dragon Age 2, made even more creepy because Dragon Age is not meant to be a horrifying game!

So, if you play as a human female noble Warden and you romance Alistair, the only way to ensure you both make it through the final battle alive is if you coerce your lover into bumping polygons with Morrigan.  Oh, and this all so that Morrigan can conceive a demon baby that she can carry off into the wilderness with her, never to be seen again (until Dragon Age 3?).  WTF?!  There is nothing about this scenario that doesn’t ick me out.

8. (DA2) The creepy sex scene you walk in on in the Exiled Prince DLC

It’s not so much what he says as how he says it – in that creepy voice that is part orgasmic, part horse neighing.  *shudder*

I think I insta-gagged when I saw the Brood Mother for the first time.  First of all, I was traumatized as a child by Ursula the sea-witch from “The Little Mermaid” (yeah, I was a wimp) …  this was like Ursula part two, with exponentially more tentacles, boobies, and body fat.  This is the stuff my nightmares are made of.

6.  (DA2) When Arishok throws the Viscount’s severed head at the camera

Oh, just nonchalantly tossing a head around, NBD.  Let’s follow that up with a quick neck break to a random bystander, shall we?  Great. Actually, the graphic violence wasn’t the disturbing part – the disturbing part was when you panned into the Viscount’s face and saw his creepy lazy-eyed, derp-faced death stare.

5. (DA:O) The Abandoned Orphanage in the Elven Alienage

Besides the echoes of women and children screaming the entire time you’re in that building, you also get treated to this lovely poem:

Oh, and this one, too – followed by insane child laughter (the worst kind of laughter IMHO):

One, two, Maric’s run through
Three four, the kingdom’s at war
Eight nine and now you die.

I mean, what happened to five, six, and seven?  Do I even want to know?  Probably not.

What’s creepier than having a flirty conversation with your companion while your face is drenched in the blood of your foes?  Persistent Gore made every post-battle cutscene conversation look patently ridiculous.  It wasn’t just a smattering of blood here and there – it was a stupid amount of blood all up on your face and not a single fuck was given about it.

Is it just me or is it really creepy when you find Sandal by himself covered in blood in a room full of corpses and you ask him what happened and all he says is, “Enchantment?” in that semi-retarded voice of his?  I can’t.  I just can’t.  Can we please not bring Sandal back for DA3?

When you’re on the mission to look for Branka and the Anvil, you run into Hespith who recites this lovely little poem:

First day, they come and catch everyone.
Second day, they beat us and eat some for meat.
Third day, the men are all gnawed on again.
Fourth day, we wait and fear for our fate.
Fifth day, they return and it’s another girl’s turn.
Sixth day, her screams we hear in our dreams.
Seventh day, she grew as in her mouth they spew.
Eighth day, we hate it as she is violated.
Ninth day, she grins and devours her kin.
Now she does feast, as she’s become the beast.
Now you lay and wait, for their screams will haunt you in your dreams.

Um, yeah.  I think the seventh day and ninth day sound the worst, though the third day could be pretty bad, too.  Let’s just forget this poem ever happened.

1.  (DA2) That moment when Hawke finds her mother Leandra in the Killer’s Lair …

Holy hell.  Basically, your mom’s been kidnapped by a crazed murderer who is collecting body parts from a whole bunch of different women (oh, did I mention he killed these women too?) so that he can piece them together to make a replica of his dead wife.  So wrong on so many levels.  The moment you confront him and your dead mother ambles along behind him wearing a wedding dress and the various body parts of other dead women is seriously nightmare inducing.

I really hope that Dragon Age 3 has just as many inadvertently traumatizing moments as the first two games.  Its release date in the fall of 2014 should give me plenty of time in therapy to overcome my Dragon Age-related PTSD :)

What are your favorite traumatic incidents in the Dragon Age series?  Let me know in comments!