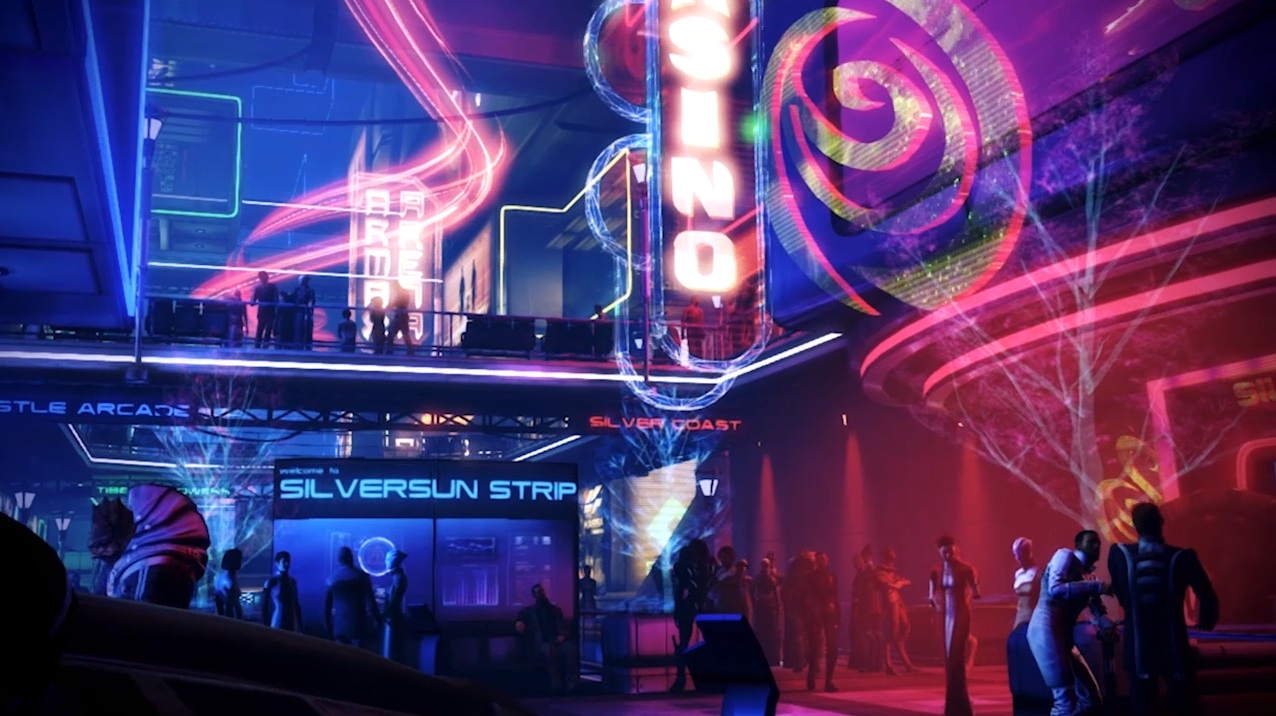 Ok, I’m on my 3rd playthrough of the Citadel DLC and I think I finally experienced all of the encounters available.  Since I couldn’t find a complete list anywhere else, I’ll post mine here.  Keep in mind that I play as Femshep so encounters may differ for Male Shepards out there.

Kaidan (must have survived Virmire)

Scene:  If you romanced him, he’ll come over and cook for you.  Not sure otherwise.

Ashley (must have survived Virmire)

Scene:  I hear you throw back a couple drinks with her, but I always kill her off so I’ve never seen it myself.

Scene:  Liara plays the piano for you.  You can play the song on the piano using Glyph after she’s done.

Scene:  You get to play wingman for Garrus and help him score with a Turian chick.

Scene:  You watch a chick flick with Tali on the couch.

Scene:  James comes over and shows you his new N7 tattoo.  Then he sticks around to use your punching bag downstairs.  You can use the pull up bar next to him to try to beat his record of 182 pullups – takes about 20 minutes and you get NO reward for it.

Scene:  Cortez takes you for a joy ride in a shuttle around the Citadel.

Location:  Meet by bar (if the prompt does not appear, try returning to the Normandy and coming back)

Scene:  Joker tries to convince the bartender to give him free drinks.  A flashback ensues that is HILARIOUSLY AWESOME.  Do not miss this one!

Location:  Meet outside the casino on the Silversun strip

Scene:  This could possibly be the best cut scene in the whole DLC.  Go with Javik to a Blasto movie filming and watch what happens.  Also, as a sidenote, if you don’t romance anyone as Femshep, your default will be to have a one night stand with Javik during the Citadel: Party mission.  Ew?

Location:  Meet at the Arcade on the stairs/Invite to apartment

Scene:  Traynor gets into an epic space chess battle with an Asari.  Afterward, you’ll get another message and the option to invite Traynor to the apartment where she gratuitously strips into her skivvies and jumps in the hot tub.

Scene:  After you play a match with Jack, you’ll get a message and you can invite her to the apartment.  She’ll bring her new pet varren, too.

Location:  Invite to Apartment/Meet at Casino

Scene:  The first scene, Miranda will come over and talk.  Afterward, you can meet her at the Casino where you’ll both be in black tie and talk about being “space divas” (not sure what the dialogue is like for Male Shep …)

Scene:  Stare out the window and people watch together.

Scene:  You will host a memorial service for Thane.  Afterward, Kolyat will give you Thane’s video messages (3 messages if you didn’t romance him, 4 if you did) which you can watch upstairs in the apartment on the TV screen.  Also, if you romanced Thane and no one else afterward, his ghost will come to you after the Citadel: Party mission is over just before you board the Normandy.

Scene:  EDI is buying gifts for everyone and needs your help.

Scene:  Cortez and James come over to watch biotiball on your big screen and bet on who wins.

Location:  Talk to C-Sec officer on the strip

Scene:  Grunt needs help in the aftermath of his wild “birthday” party … hilarious flashback scenes, don’t miss this one!

Location:  Meet outside the Arcade

Location:  Meet at the Arcade upstairs by the claw machine

Scene:  The claw machine is getting the best of Zaeed.  He really wants a furry volus plushie.

Location:  Find a suspicious object at the Casino at the end of the Quasar bar

Scene:  Kasumi and her friends are about to rob the Casino.

Location:  Meet at the bar (same spot as Joker – if you don’t get the prompt, try returning to the Normandy and coming back)

Scene:  Wrex is a little too popular with the ladies … quite funny, make sure you see this one.

Location:  Datapad on the ground right next to your bed

Scene:  It’s not really a scene but the datapad contains messages from Mordin that he recorded before dying (thanks to Valhalen for letting me know!).

I have to say, I feel like the Citadel DLC is the “true” ending to the Mass Effect series.  It’s the very definition of fanservice – corny, campy, and filled with inside jokes and easter eggs galore.  But if you’re a fan of the ME universe like I am, it definitely gives you the satisfied feeling at the end that the ME3 ending failed to deliver.  Definitely download it if you haven’t already – I promise it’s worth the money!

Did I miss anything?  Let me know what your experiences have been with the Citadel DLC in the comments!