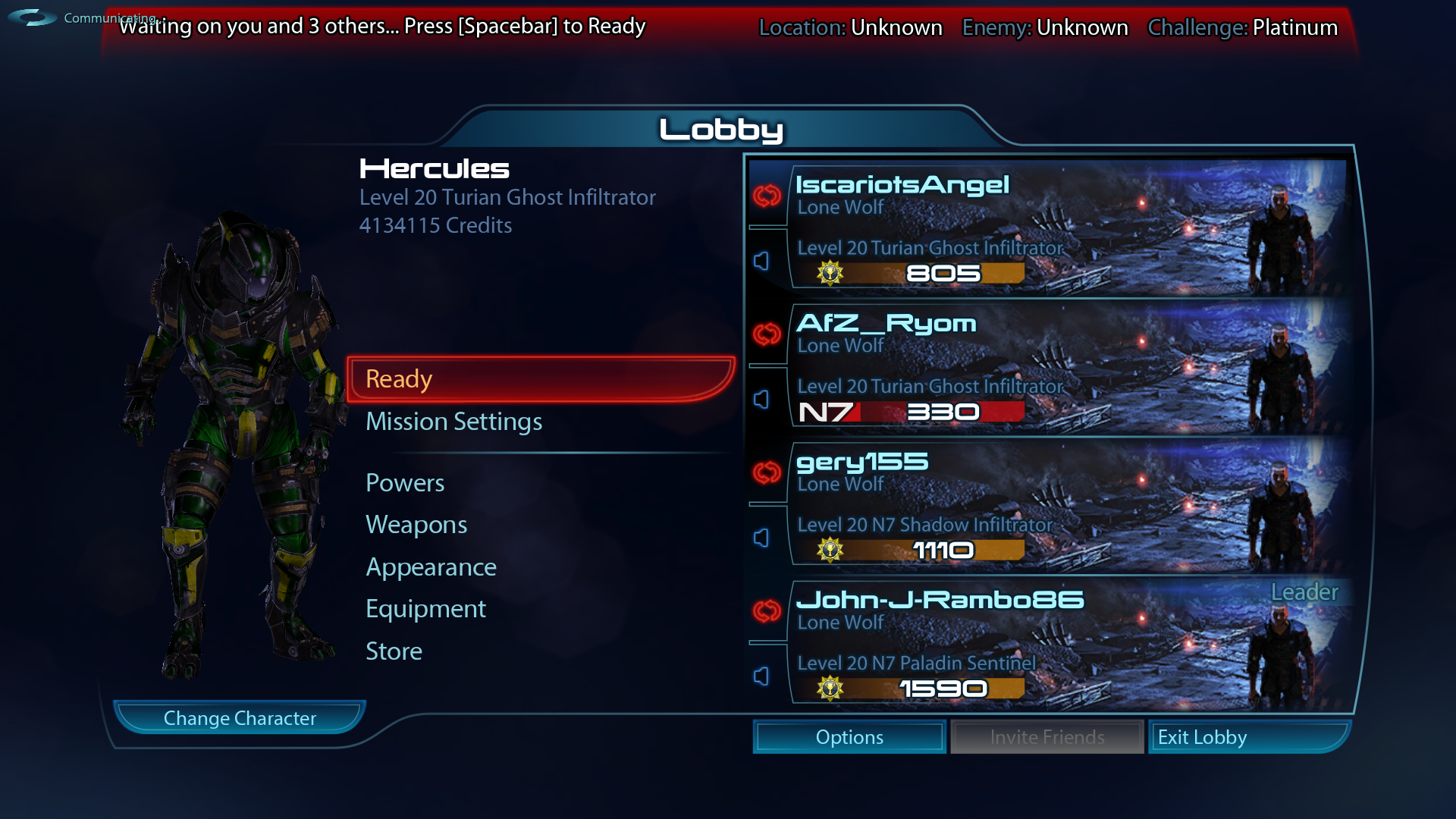 The Lone Wolf banner is the only one that requires some amount of skill – everything else can be gotten with grinding or missile glitching. Soloing Gold or Platinum can be harrowing and not everyone can do it … until now:

Lone Wolf Requirements – complete 3/4 to get the banner:

Now, obviously, soloing Platinum is pretty difficult.  It’s not impossible, but I’m going to ignore it for now because it’s much faster and easier to do two solo Gold matches.

You only need to complete 10 total matches to get the Lone Wolf banner – 2 Gold, 3 Silver, and 5 Bronze.  This is because the Gold extractions count toward Silver and Bronze and the Silver count toward Bronze.  This should take a total of around 4 hours of gameplay.

5 x Bronze, 3 x Silver:  This is easy and should take you less than 20 minutes per match on average.  Firebase Glacier is best because it’s the smallest and it’s easy to force spawn enemies, and you should be tough enough with a Level 20 character to withstand getting swarmed on Bronze/Silver.  I also prefer Geth as the enemy – even though they can be tougher than Reapers or Cerberus, they are a safer bet because there is nothing that can instakill you.

I would suggest using a character than can teleport across the map and charge enemies and take a lot of damage or restore shields – the new Batarian Vanguard is actually perfect for this.  You can’t go wrong with the Kroguard or Turian Havoc Soldier either.

Make sure you perfect the art of Heavy Melee while still in your biotic charge/havoc strike – this not only deals a lot of damage to enemies, but you are INVINCIBLE during the time of the animation.  For the Turian Havoc Soldier, this can mean continual invincibility if you do it right and your Havoc Strike has a low cooldown – Havoc Strike, then Heavy Melee, then jetpack backwards, then the whole cycle again.

2 x Gold:  This is more difficult and will probably take you anywhere from 30-45 minutes per match.  There are three ways you can approach this:

1.  The hardcore way:  Use the same technique that you used to solo Silver/Bronze, only on a bigger map.  This is because you’ll need space to kite the greater number of enemies around, especially if you get a hack or device objective.  I prefer Firebase Ghost because of all the cover available.  Again, I would do this technique with Geth.

2.  The easy way:  This is pretty easy – do Firebase Rio with Reapers, camp out on the far side of the map with the containers and snipe enemies on the approach.  Fall back to the container with the ammo box at the end when you get overwhelmed with a Banshee – they can’t get inside, so you can kill them pretty easily.  Basically, it’s the same strategy as farming Rio on Platinum with a team (click here for full blog post).

I like to use the Turian Ghost Infiltrator with Harrier here, equipped with either Warfighter Package or Grenade Capacity gear.  You’re basically invincible if you keep using Stimulant Packs and you deal a ton of damage.  The objectives are also pretty easy – the map is huge so it’s simple to kite enemies around in a big loop so you can keep your objective area clear.

3.  The cheap way:  Ok, if you simply cannot solo gold for the life of you, there is a way to do it using an exploit – it just takes a LONG time (45 min+).  Go to Firebase Condor/Geth and follow the instructions for getting inside the mountain (found here).  Once you’re inside the mountain, enemies won’t be able to hurt you in general and you can still hurt them with certain powers and/or armor-piercing weapons.  When you’re inside the mountain, enemies will swarm around the outside and you can pick them off.  The only hard part is doing the objectives, so you have to rely on some luck, but the map is plenty big enough to kite enemies around.

The best way to do this is probably with the Demolisher and Harrier w/Armor Piercing or Extended Barrel.  You can also equip the Javelin as well to help you shoot through thicker walls and see enemies.  Arc Grenades affect enemies outside the mountain if you throw them at the wall and you’ll have a constant supply of ammunition.  The Harrier is great for both long and short range so it is handy when you run out to do the objectives.  But seriously, I would recommend doing method 1 or 2 first – this way is long and tedious!

How did you get the Lone Wolf banner?  Let me know in comments!