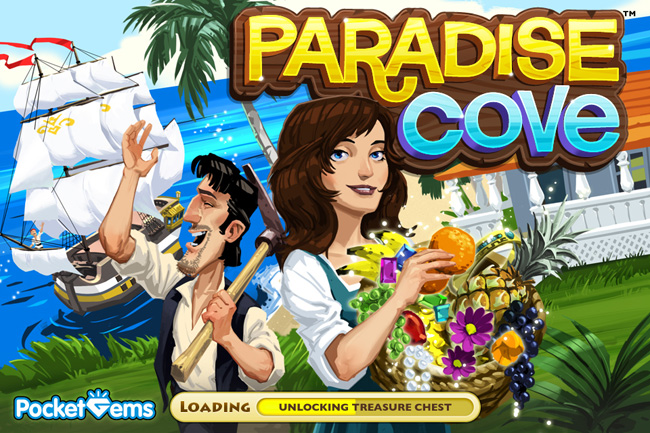 If you’re still having problems, you can revert to the previous version of the game (ipa found here) by following these instructions.

Remember to always keep a backup of whatever you’re changing in case you have to restore it!***

I don’t even feel bad about posting this because this game is the greediest game ever!  After getting super frustrated at the ridiculous Limited Time Quests (LTQ’s) that don’t give you enough time to finish and the exorbitant cost of ruby buildings, I decided to cheat a little:

1.  iFunbox, iExplore, or any other program that lets you view your source files in your app
2.  sqlite or a similar basic database viewer/editor
3.  your iphone/ipad

You do NOT need:

1.  NO JAILBREAKING REQUIRED
2.  NO GIVING AWAY USERNAME OR PASSWORD (be careful, there are a lot of scams out there!)

NOTE:  You can only use this hack if you’ve unlocked the mermaid (everyone should have it unlocked if they’re running v.2.4 or higher of Tap Paradise Cove and are level 6 or above).

Here’s what you need to do:

1.  Open iFunbox and find Tap Paradise Cove.
2.  You will see the survivor.sqlite file under ./Library/Application Support/ – download it to your desktop.  Don’t forget to save a backup copy before you make the changes in case you screw up.
3.  Open the sqlite file from your desktop with sqlite – you can download the program here.
4.  Click on the “Browse Data” tab.  You should see a dropdown menu next to “Table” – select ZCOUNTEDEVENTS.
5.  You’ll see a bunch of information – the one you’re interested in is where it says “mermaidFreeSpins” under the ZEVENTNAME column.  Here’s a screenshot to help you:

6.  Next to that column will likely be the number 0 in the ZEVENTCOUNT column.  Change that number to 999 by double-clicking the cell – a box should pop up for you to type in a new number.  You could probably do a greater number, but don’t get too greedy – too many 9’s could get you banned.  999 is safe.
7.  Now upload your changed survivor.sqlite file with iFunbox, replacing the original in the app folder by dragging the desktop file back into iFunbox.
8.  Open Tap Paradise Cove on your iphone/ipad and find a mermaid swimming around.  Click on her – it should say FREE SPINS under each option to search for treasure now!
9.  Now you can get unlimited free rubies and money by searching for treasure.  Search the UNDERSEA CITY for fast cash and GOLDEN PALACE for fast rubies!

There are many other hacks you can do with the survivor.sqlite file, but be careful not to fiddle around too much or you won’t be able to connect to the game.  In particular, avoid editing the ZUSERMODEL table because you will no longer be able to connect to the server if you do – you can’t just directly change the number of rubies or money you have in the file, hence this workaround.

Land Expansions:  You can unlock land expansions without spending any money.  Here’s how:

1.  In the survivor.sqlite file, go to ZBUILDABLEAREA table.
2.  You’ll see a column called ZEXPANSIONCOMPLETETIMESTAMP.  If you’ve already cleared some land, you’ll see that some of these values contain a 10 digit number denoting the time at which you cleared it.  For uncleared land, you’ll see a 0.
3.  Go to any 0 cell and change it to a 10 digit number starting with 13.  The easiest way to do this would be to copy an existing 10 digit number in the table and paste it – that way you know the number is valid.  Also, make sure to change ZEXPANSIONSTATE to 3 so that the land becomes cleared.
4.  Upload the changes and go back to your game – now you should see that the land is unlocked and all you have to do is chop down the trees to clear it!

Complete Quests:  You can complete quests without actually doing them.  It takes some trial and error, but it’s super handy for when you have a ruby quest that’s too expensive or a LTQ that’s going to end too soon.  Here’s how:

1.  In the survivor.sqlite file, go to ZPGACHIEVEMENTREQUIREMENTSCOMPLETED table.
2.  You’ll see a column called ZACHIEVEMENT and one called ZIDENTIFIER.  The former is the name of the achievement and the latter is the stage of completion – for example, ZACHIEVEMENT could be “fiddlerwish” and ZIDENTIFIER could be “fiddlerwish_1” meaning that part 1 of the “fiddlerwish” achievement is complete.
3.  You can add a new record by clicking the NEW RECORD button in the upper right of the screen.  Do it.
4.  A new row will be added at the bottom – fill in Z ENT and Z OPT with the same values as the rest of the entries (for me, it’s 26 and 1).
5.  Say you want to complete the Fiddler’s Wish quest and there are three parts to the quest.  You’ve already completed part one.  So, in your new entry, put “fiddlerwish” under ZACHIEVEMENT and “fiddlerwish_2” under ZIDENTIFIER.
6.  Repeat step 5 for part three – “fiddlerwish_3”.
7.  Upload the changes and go back to your game – all parts of your quest should now have green checkmarks and you can click the “COMPLETE” button!

Harvest from Merchants and Ship Voyages Immediately: You can speed up the harvest time of your buildings, merchants, and ships by editing the file.  Here’s how:

1.  In the survivor.sqlite file, go to ZGAMEOBJECT table.
2.  You’ll see a list of all your assets – scroll all the way to the right until you see the column ZNAME which will tell you the asset names.
3.  Find the merchant you want to speed along – scroll back to the middle and you should see a column called ZTIMEATWHICHOBJECTWILLBECOMEHARVESTABLENUM (yes, it’s a long title!).  Find the cell that corresponds to your merchant.  There should already be a 10 digit number starting with “13” in there.
4.  Replace that number with one denoting an earlier time – in other words, lower the existing number.  For example, if the existing number is “1351222222”, change it to something like “1311222222”.
5.  You can do the same thing with ships that you send on voyages – change the column ZENDOFVOYAGETIME.
6.  Upload the changes and open your game – everything you changed should be ready to collect!

Upgrade Every Ship and Merchant for Free:  You can do this without a single emerald, sapphire, ruby, or whatever.  Here’s how:

1.  Follow steps 1-2 in the list above.
2.  For Merchants – go to the column ZUPGRADECOUNT.  For Ships – go to the column ZUPGRADECOUNT1.  They are not the same!
3.  You should see 0’s for all the Merchants and Ships you haven’t upgraded yet.  To fully upgrade a Merchant, replace the number in the cell with the number 25.  To fully upgrade a Ship, replace the number in the cell with the number 45.
4.  Sending ships on voyages can become very expensive fully upgraded, so you might want to only upgrade one or two ranks.  You can change the number in these cells by increments of 5 – for example, if I only want a Tier 2 upgraded ship, I’d type in 5 instead of 45.  Tier 3 would be 10, etc.
5.  Upload the changes and open your game – you’ll see the new fully upgraded buildings and ships now, complete with their evolved images.

Did you find this tutorial helpful?  Have questions?  Let me know in comments!