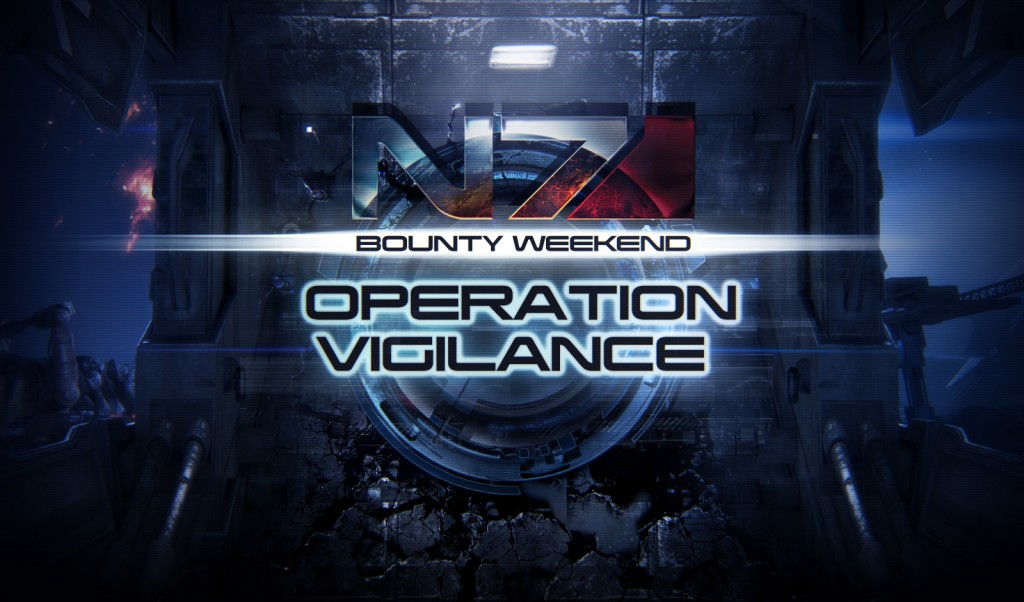 Individual Goal: Complete up to and including wave 10 on any difficulty without using a consumable (medi-gel, ammo, Ops pack or Cobra missile launcher).

The individual goal seems easy enough, particularly since you can do it on Bronze.  The tough part is if you’re in random matches – you can’t tell if the random used an ammo pack or ops pack, right?

The allied goal is easy, too.  If the chances for each mission are the same, we shouldn’t have a problem achieving the goal – in Operation OLYMPUS a few weeks ago, the community completed over 500,000 missions to Wave 10 – that’s 1.5M objective waves, and if there is a 1/5 chance you’ll get an escort mission for the objective wave, then we should have 300,000 successful escort missions – well over our goal.

Click here for more details on the operation and the exact time it starts!

UPDATE:  Just a quick note on the easiest way to complete the Individual Goal this weekend – SOLO ON BRONZE!  Use your N7 Destroyer Soldier and stack the Cyclonic Modulator III and IV using the gear glitch.  With Devastator Mode on (spec’d for shields), you’ll have more than 4000 shields and pretty much will not be able to get killed unless you really try.  Also, gear glitching isn’t a ban-able offense, so you can keep your in-game feedback on.

What is your opinion on this weekend’s mission?  Let me know in comments!