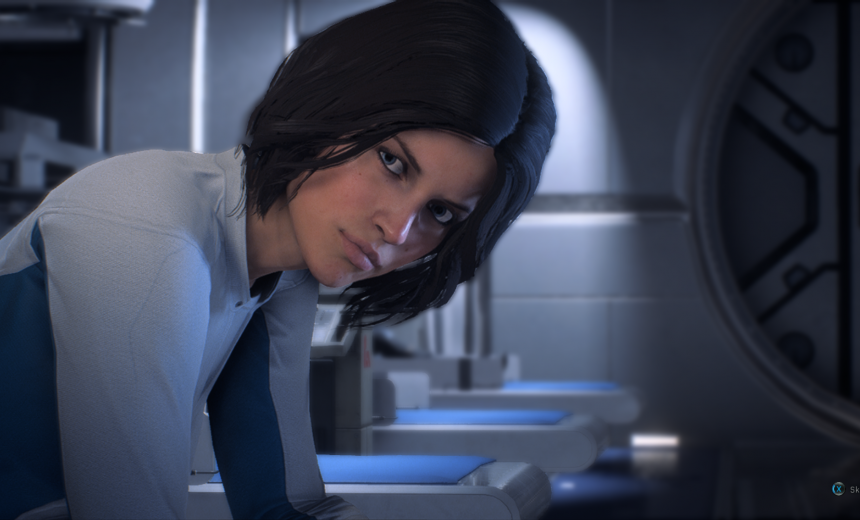 Step 1: Start with a Preset whose eyes and eyebrows you like. In Mass Effect: Andromeda, you can’t change the eye shape, brow shape, or orientation (slant) at all, so you better pick a Preset that has good looking eyes and brows. I prefer to start with Preset 9.

Step 2: Remove distractions. Change the hair to the shaved hairstyle so you can see the full face. In Preset 9, get rid of the awkward purple eyeshadow.

Step 3: Change the skin tone. All the social justice warriors are about to come on here yelling about how I made Sara Ryder Preset 9 lighter skinned boohoo – actually, I find that the gameplay shows the skin tone like 2-3 degrees darker than what you see in the Character Creation menu so if you should adjust skintone down from where you actually want it to be.

Step 4: Dial the cheekbones all the way up to the highest they can be. This is critical to avoiding the dopey look most Presets have.

Step 5: Make the eyes wider apart than you think they need to be. The Preset width (10) is really narrow and makes all the Presets look a little cross-eyed and fetal alcohol syndrome-y. Yeah, I said it. 14-15 is pretty good in most cases – anything higher gives you a froggy look.

Step 6: Make the chin longer and narrower. Everyone loves a cute chin. I would err on the side of a longer chin than a shorter chin – short chins look really bad in-game.

Step 7: Now you’ll see the mouth is super close to the nose – no worries, that’s why we made the chin longer! Make the lips bigger if you want (I’m gonna do it Kylie Jenner style lol) and then make the mouth slightly less wide so you don’t look like a donkey. Bring the mouth down (height) so that it’s not next to the nose. In-game, the mouth looks closer to the nose than in the CC so err on the side of a lower mouth. Check the mouth depth to make sure the lips aren’t too sunken or pouty.

Step 8: Get some makeup. I like the winged eyeliner style (6) and the blush (1). Make sure the blush is turned down to .2-.4 opacity or else it will look like clown makeup in-game. I also like no lipstick or very low opacity lipstick. Looks pretty natural!

Step 9: Pick a great hairstyle! I personally love hair #3 (the short bob) in the red color (also looks great in dark brown and black!). The lighter hair colors tend to look really fake in-game, so I like to stick with dark.

Step 10: Kill the Reapers! Or whatever it is you’re supposed to do in this game. :D I dunno, I’ve only gotten as far as the CC and intro lol. 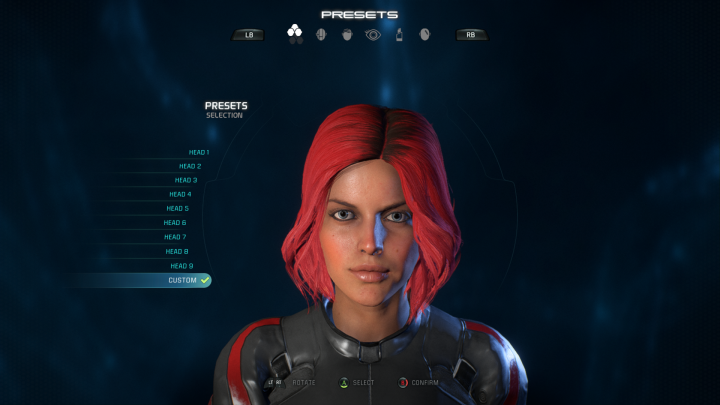 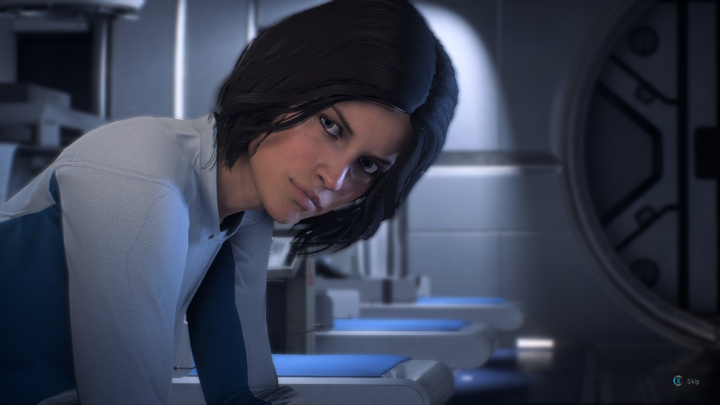