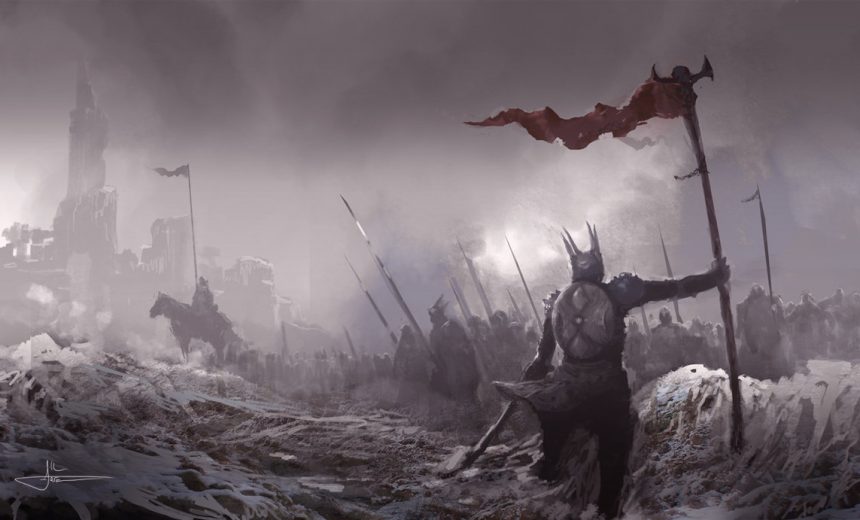 Ever since Fallout 4 came out, I’ve kind of been on a post-apocalyptic tear and neglected my one true love, Skyrim. As fun as it is modding Fallout 4, I really miss the medieval/fantasy setting that makes up Skyrim’s universe. I know a lot of you also miss the castles, kingdoms, warriors, and non-Deathclaw monsters, so here’s a list of my favorite casual medieval fantasy games to tide you over until I get back to some Skyrim modding. And yes, this list is of obscure games, so you’ll have to get your Clash of Clans and Castle Story somewhere else :)

If you’re at all interested in arcade flash games, you’ve probably come across Castle Defender at some point, one of my favorites at AddictingGames.com. It’s basically a classic defend-the-castle game in which you shoot arrows at advancing marauders while avoiding civilians (in this case, monks). It’s very simple, but can legitimately keep you entertained for hours :D

There are actually a couple of different medieval-themed MMO and RPG apps out there, but this app by XYRALITY GmbH is probably the best of the bunch, thanks in large part to really pleasing graphics that look kind of 3D, kind of hand-drawn. Your task in the game is basically to train armies of knights to expand your kingdom, building fortresses, conquering castles, forming alliances and going into battle.

Old school, pixelated games are all the rage right now, says the interwebs. And if that’s your jam, you may want to look this game – it isn’t quite medieval but does involve a sword-wielding pixel knight fending off endless waves of bad guys. That’s more or less what PixelKnight II by Armor Games amounts to, though it follows more of a side-scrolling, Super Mario approach.

Ok, I had to put this on here because my grandma loves it. Yes, it’s Bingo, but it’s medieval themed, ok?! So that makes it cool, OK?!?!?! Galabingo invites you to “climb the stone stairs and push open the heavy wooden door” of a castle to join a themed bingo club where all the fun jackpot mini-games invoke medieval times …

It’s a little bit repetitive, but this app by Gameloft is my favorite mobile game when I want to get a quick dose of medieval action. It’s a jousting simulator in which you can improve your knight’s equipment, armor, and ability, take on new challenges, and of course face off against other players online. It’s fairly extensive, the gameplay is exciting, and best of all it’s nothing short of beautiful.

Another pixelated game for you! This Armor Games app basically personifies what I would be doing IRL during medieval times – hanging around a tavern, obvi. In the game, you wait around for new characters and upgrades before venturing into the nearby dungeon part … but let’s be real, IRL I’d probably just stick to the tavern ;)

Finally there’s this little gem that will be familiar to anyone who has ever frequented the Homestar Runner cartoon site (omg, am I dating myself? That’s so old school, right? Hehehe). The idea of a Peasant’s Quest saga (sort of a fake movie) was one of many running jokes on the site, but it ultimately produced a point-and-click story game that’s highly entertaining. The whole thing was a spoof, but it was a lot of fun to play through. Also, it doesn’t get much more “real” medieval than being a peasant, amirite.

Hopefully some of these can help you get your fix of knights and castles in gaming! And if not, just dive back into Skyrim and forget I ever said anything. :D

What are your favorite medieval-themed games? Let me know in comments!