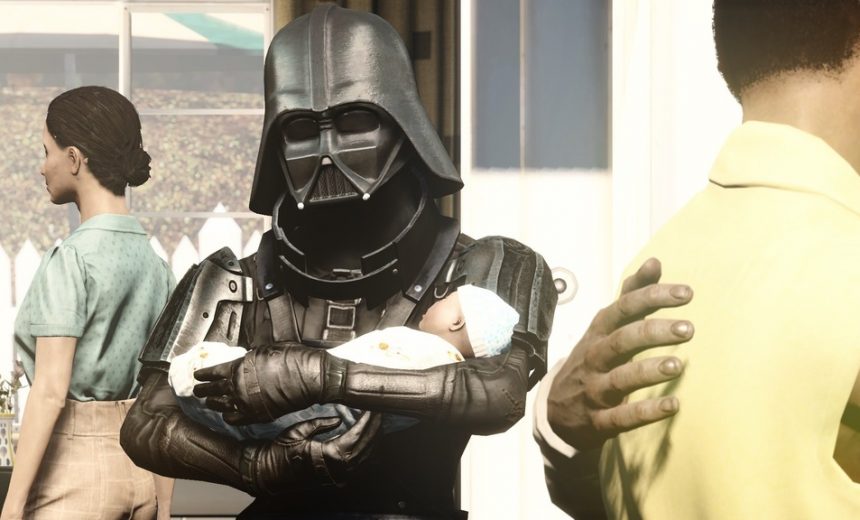 4000+ mods and counting on the Nexus, just a month after the game’s release! This week, I’m all about customization, whether it’s for my armor, my character, or my house. Enjoy! 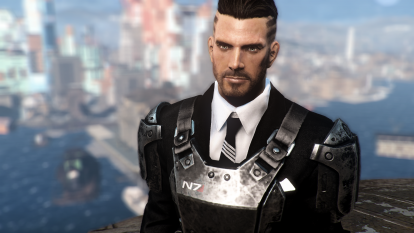 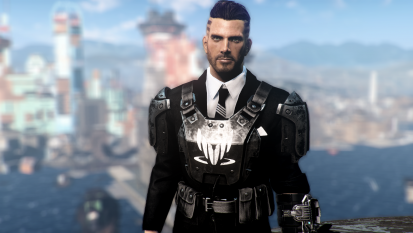 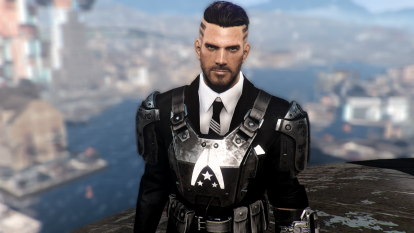 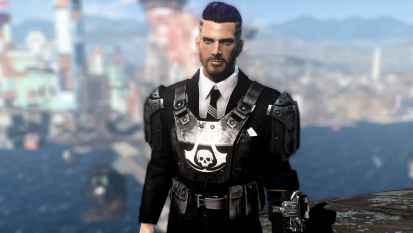 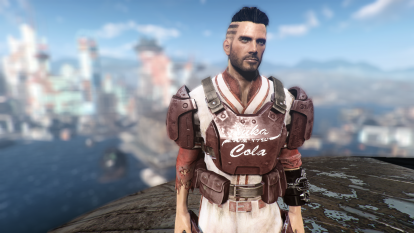 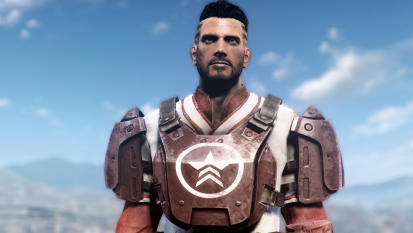 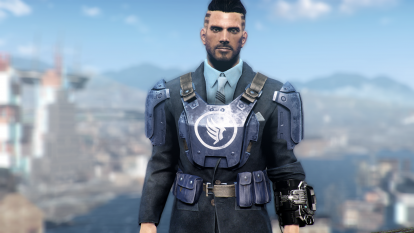 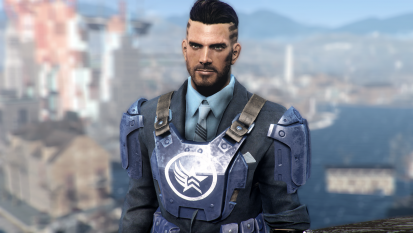 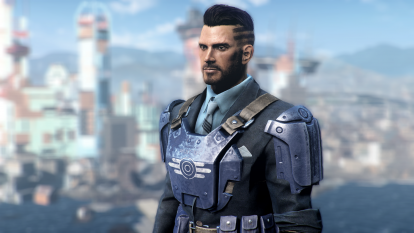 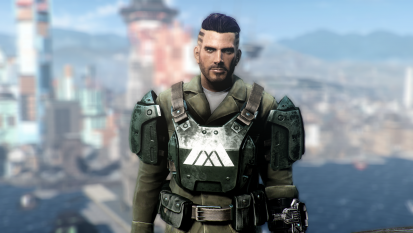 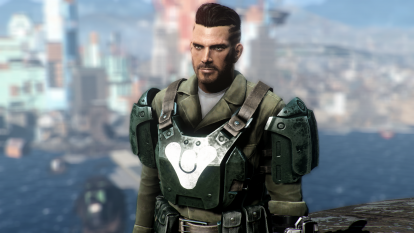 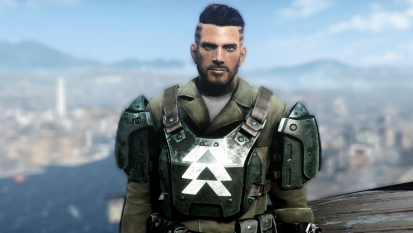 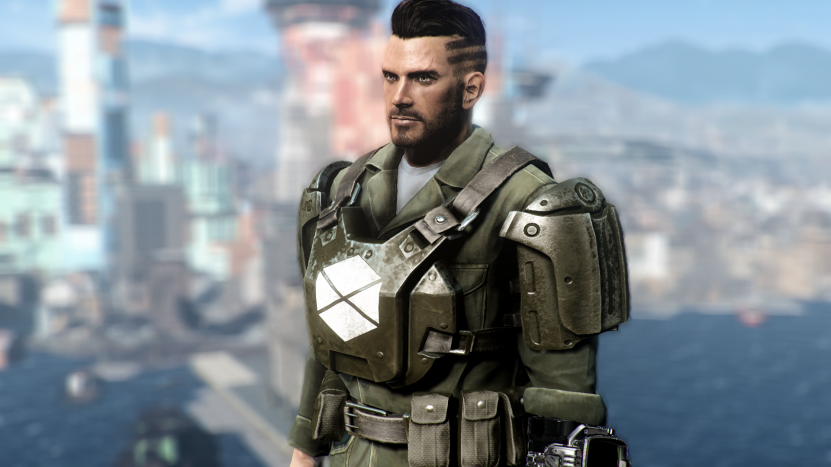 This mod lets you paint your combat armor with different colors and symbols at any armor workbench! It’s such a great standalone mod, but I didn’t love the original symbols (I’m not a huge Star Wars fan) – so I made my own version (screencaps shown above) that replaces them with video game themed symbols from Mass Effect, Assassin’s Creed, Destiny, etc. You can download my version here to install manually or with NMM! 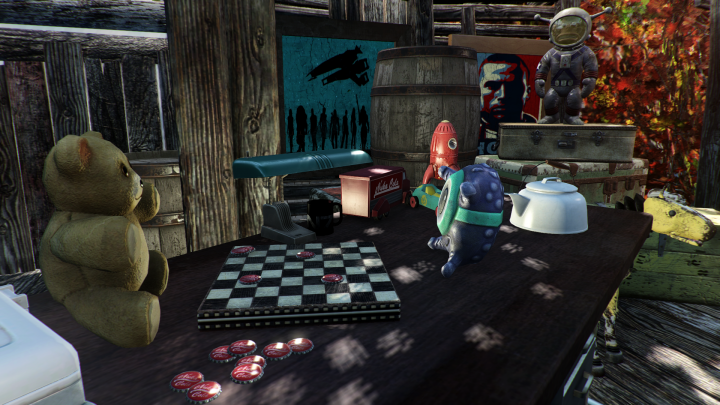 Finally, a mod that lets you arrange clutter in your settlements without the danger of it getting knocked over the next time you come visit. So far, it has all the dinnerware, kitchenware, and toys and it’s getting updated all the time! 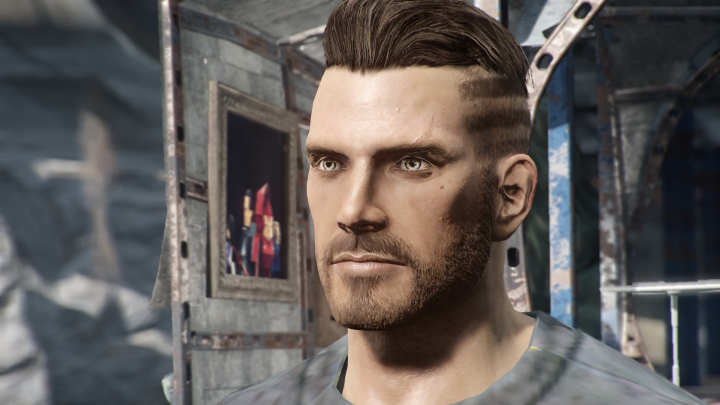 Oh thank god, it’s about time. I don’t know why anyone would ever use the disgusting vanilla face herpes that Bethesda included in FO4 … seriously. This mod replaces those nasty things with some cute beauty marks for your character! Look at that adorable mole on my man’s cheek :) 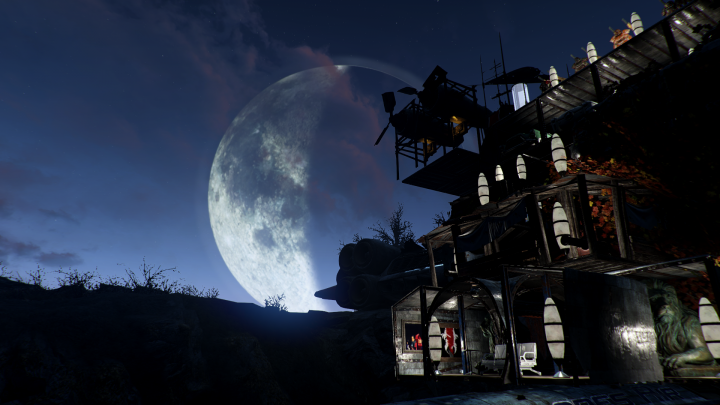 I’ve been looking for a mod like that adds a realistic giant moon to the game to replace that teeny tiny vanilla FO4 moon. You can choose different sizes – 4x is my preference, although 6x looks pretty damn dramatic (it’s HUGE). 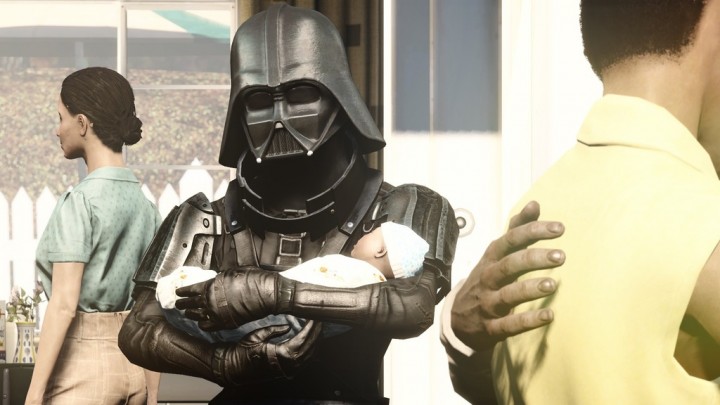 Wearing this through the intro scene is full of hilariosity. I had to list this mod because look at this screenshot, honestly.