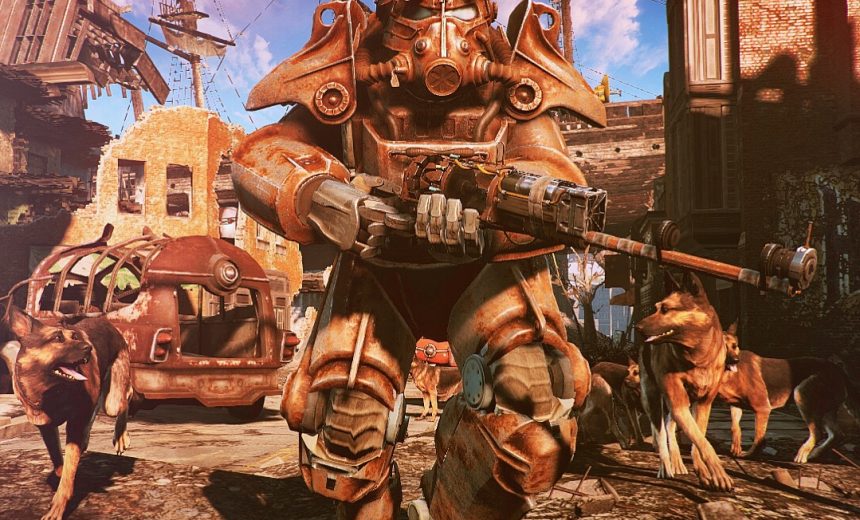 So Fallout 4 has been out for less than a week and already there are over 800 mods out on the Nexus! Every week, I’m going to be testing out a bunch of mods and reviewing the best ones here on my blog … hold onto your asses, buddies. Also, if you haven’t started modding yet and want to learn how, here’s my easy two-step guide! 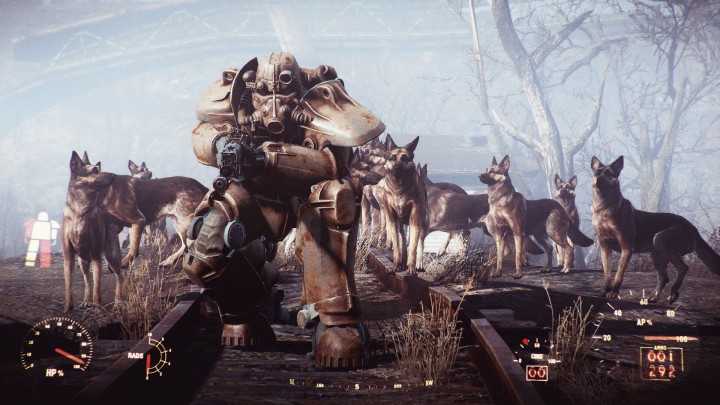 One of the best things about Fallout 4 is that you get an adorable doggy companion. I’ve basically turned my game into “How many Dogmeats deep can I roll” with this mod. It lets you add an INFINITE (until your game crashes) number of Dogmeat followers at the same time. I’ve gotten up to 15, ha! 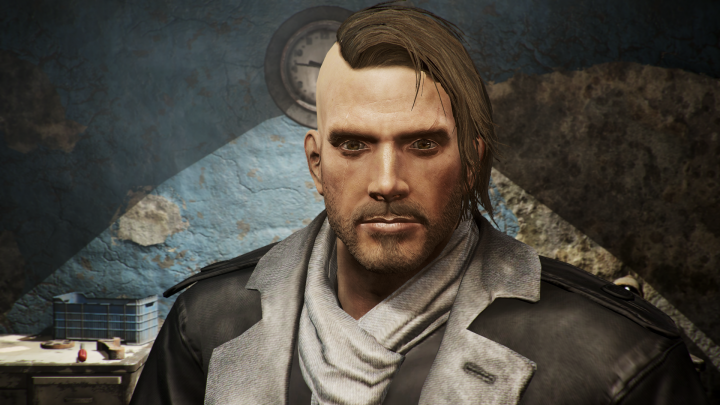 Yaaaassss this mod lets you give your male character any of the female hairstyles. Quite a few of them actually look surprisingly good. There is also the option to have him wear some of the NPC hairstyles like the crazy beehive hair! 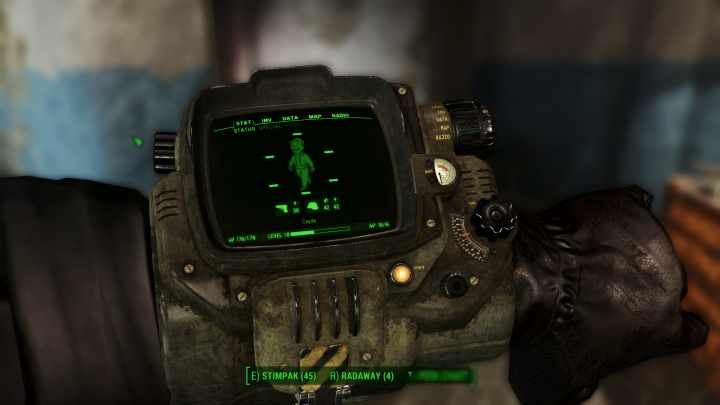 This is a gritty retexture of the Pip-Boy that makes your Pip-Boy look more weathered and immersive. There are three versions you can choose from, each grittier and badder-ass than the last. I personally like the middle version the best. 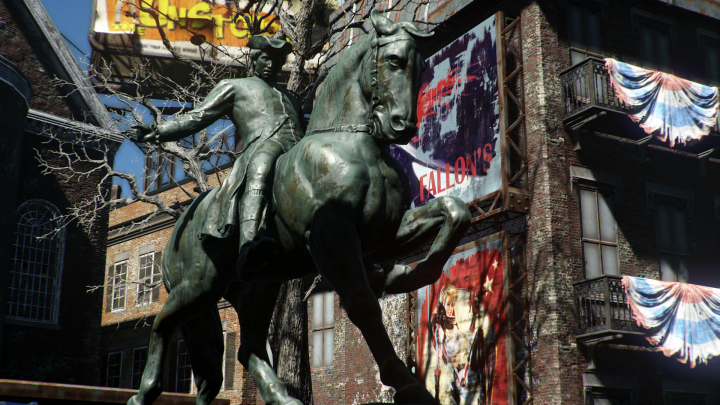 I’ve tried a few of the reshader presets out there already and my favorite one so far is Frankenburger’s. I like a realistic but still vibrant looking environment, and this mod “lowers the game’s saturation to more realistic levels, darkens darks, brightens light sources, enhances shadows, adds chromatic aberration (optional), a second layer of depth of field (optional), and SMAA (optional). In short, it makes your game look pretty and is very similar to ENB.” The DOF is a must if you plan on taking screenshots of characters (portraits). 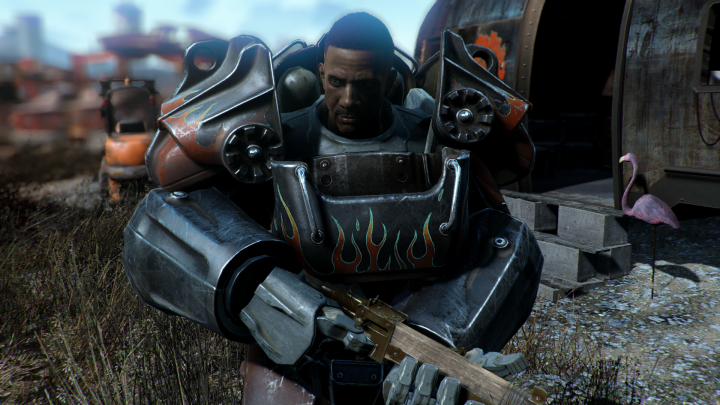 Yassss, I needed this so bad. When you’re in first person view with vanilla, you’re always running around with your gun pointed forward, which is totally immersion breaking when you’re around people or in settlements. This mod changes it so your weapon is lowered unless you’re actively aiming or shooting. 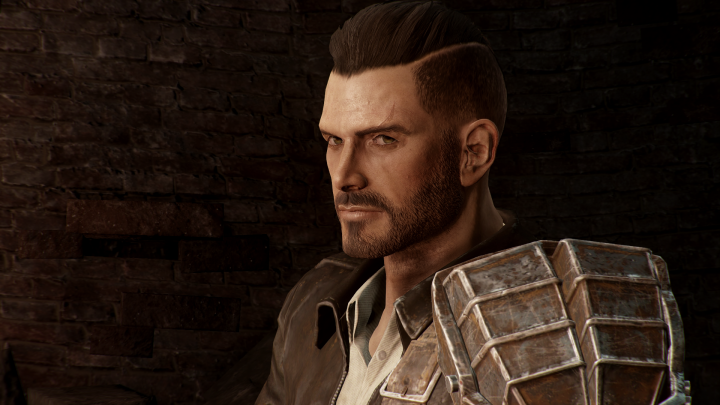 The Eyes of Beauty Fallout Edition

I’m a huge fan of this mod for Skyrim, so I was super excited when I saw this mod for FO4. It gives your character more realistic eye textures with more color and vibrance. While I do enjoy this mod, I’ve also tried Jester’s Vibrant Eyes, and I highly recommend installing Jester’s FIRST, then installing TEOB over it (overwrite). TEOB only addresses a few of the vanilla eyes, while Jester’s does all of them, that’s why you should use both! 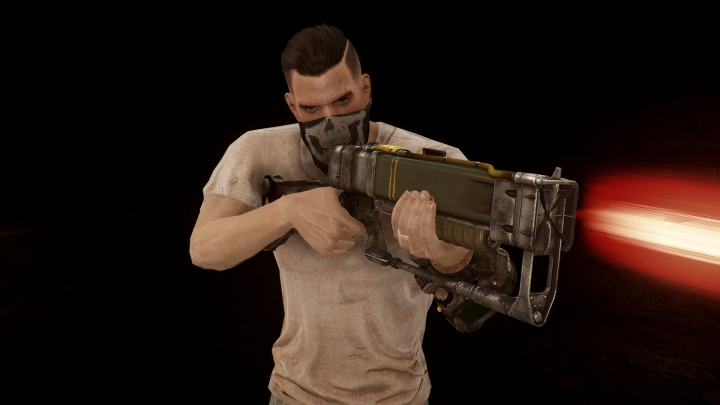 The vanilla skull bandana looks great on your dog, but not so great on your face. This mod turns it into a COD-style skull scarf. Looks badass!