I’ve gotten some questions about how I make such epic animated GIFs from my gameplay (follow my Tumblr to see them!) … well, here is step by step tutorial on how to use FRAPS with Photoshop to make animated GIFs. You can also use this tutorial if you just want to record your gameplay and upload it to Youtube or something – just stop listening after step #5:)

*You can use any other game/video recording software (like CamStudio, which is free) … however, I find that FRAPS is hands down the best in terms of recording and performance. You need to pay for the full version, though … or you can download the cracked version of FRAPS from TPB :)

I’m going to use a Youtube video showing a mod by my lovely follower Ablach instead of a game as an example because I’m already working to this GIF at the moment :) Laziness! But the same instructions can be applied to games or any other program on your computer!  Also, if you’re curious how the scene with Tali and Garrus dancing was achieved, read my Mass Effect modding tutorial!

Using FRAPS to Capture a Video or Gameplay

1. Open up FRAPS. Change your settings to your desired specs – here are my settings if you just want to copy me: 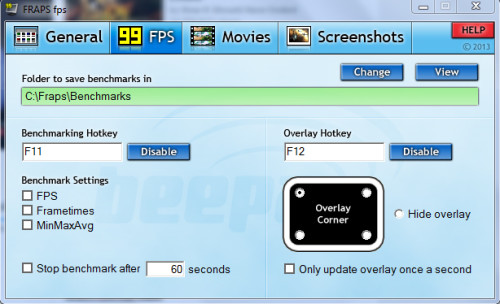 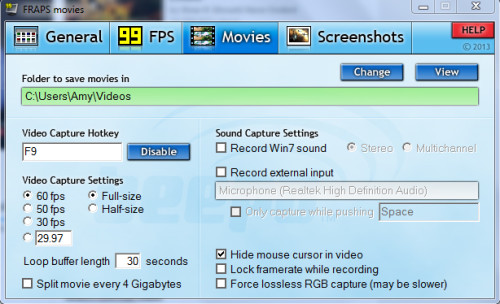 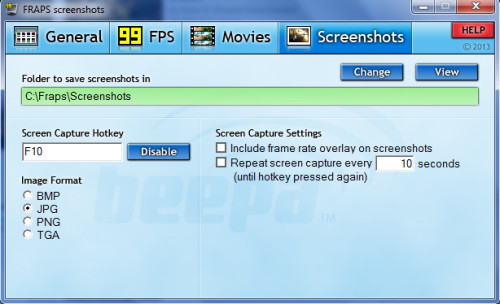 (note, I didn’t include the sound settings in mine because I’m only doing an animated GIF – if you want to do an actual video with sound, you can)

2. Now that FRAPS is open, you should see a little white fluctuating number showing the framerate at the upper left hand corner of your screen (sorry if it’s hard to see in my image): 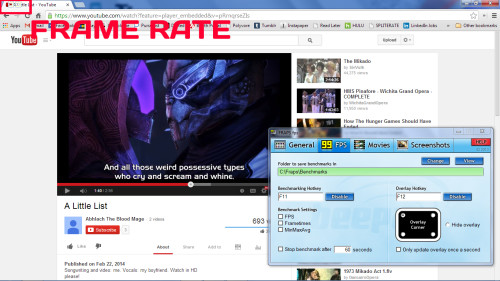 3. Hit F9 to start recording the screen – in my case, I’m recording this Youtube video screen. You should see the framerate in the upper lefthand corner change to yellow as it’s recording.

5. Go to where you saved the video file. Voila!

Now, you have the recorded video file.  This is great if you want to upload it to Youtube or something.  It’s not so great if you want to edit the footage in Photoshop to create an animated GIF.  To make the video file import correctly into Photoshop, you need VirtualDub and FFDShow to convert the file into a compression format that works in PS.

1.  First, run the FFDShow executable.  Make sure the boxes next to “VFW Interface” and “VirtualDub” are checked: 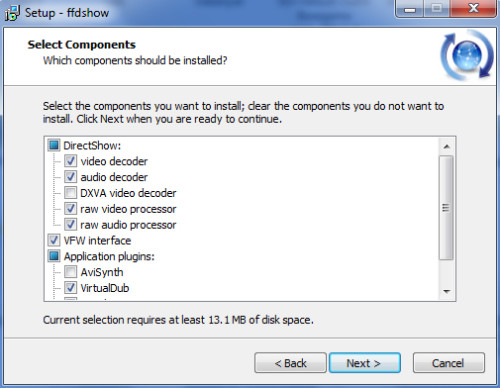 Now, FFDShow should be installed as a plugin in VirtualDub.

2.  Open up VirtualDub (it’s this file BTW, no installation required):

3.  In VirtualDub, go to File > Open Video File and select the video you just made with FRAPS: 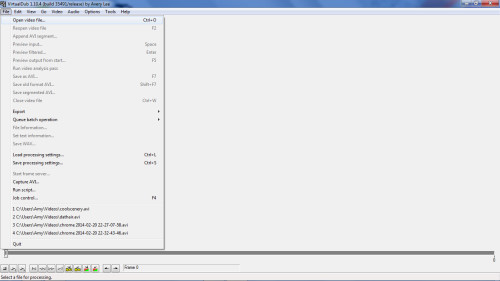 4.  Your video should fill the screen once it’s imported.  Press CTRL + P to get to the compression function or go to Video > Compression: 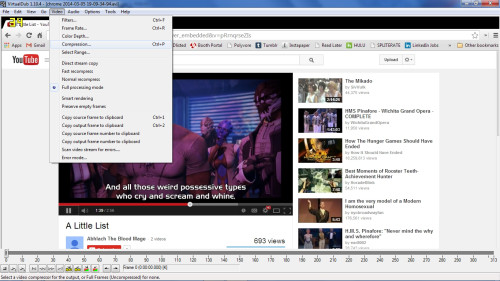 5.  A new window will pop up showing compression options.  If you installed FFDshow correctly, you should see “ffdshow Video Codec” as an option – select it and hit OK: 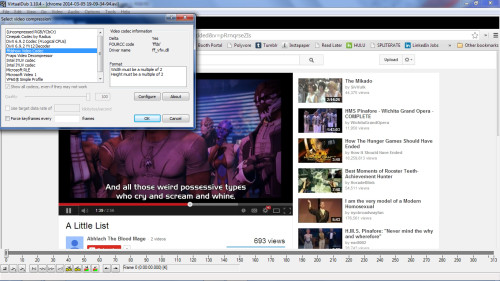 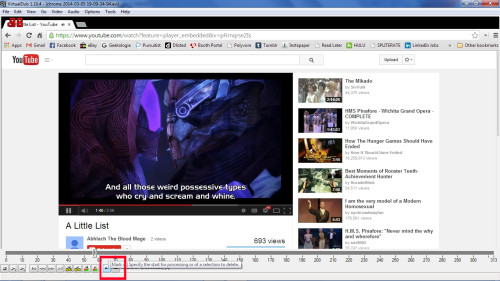 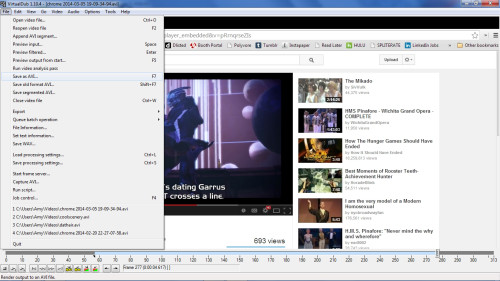 8.  You’ll get a progress screen that looks like this – when it’s done, your new file is ready! 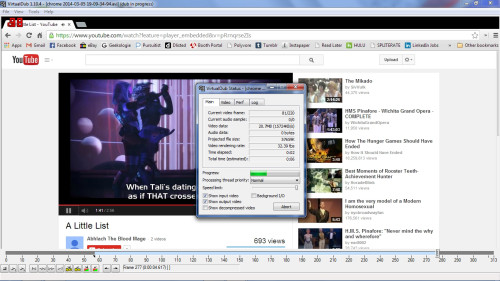 There!  Now you’re ready to use the video in Photoshop!  I know you’re probably asking, “But why can’t I just use the Export > Save as Animated Gif function in VirtualDub to create a GIF and skip the Photoshop all together?” … BECAUSE!  The VirtualDub GIF function is super shitty and will create the shittiest GIF you’ve ever seen.  Trust me.

Ready to learn how to turn your video into an animated GIF in Photoshop?  Click here for Part 2 of the tutorial!